It has been three years since Anadolu Agency freelance journalist Anas Diab was killed in a Russian airstrike in the northwestern Idlib province of Syria.

Anas Diab was a 23-year-old freelance journalist and rescuer with the White Helmets when he was killed while reporting Russian airstrikes on his hometown of Khan Sheikhoun in Syria.

Diab started his journalism adventure by viewing the anti-regime demonstrations in 2011 via his mobile phone.

Focusing on the harsh living conditions of Idlib residents and attacks targeting civilian settlements during his work, he was seen as “the voice of Idlib.”

Numerous photos and videos he shot during the attacks in Idlib were published by the world’s leading media. 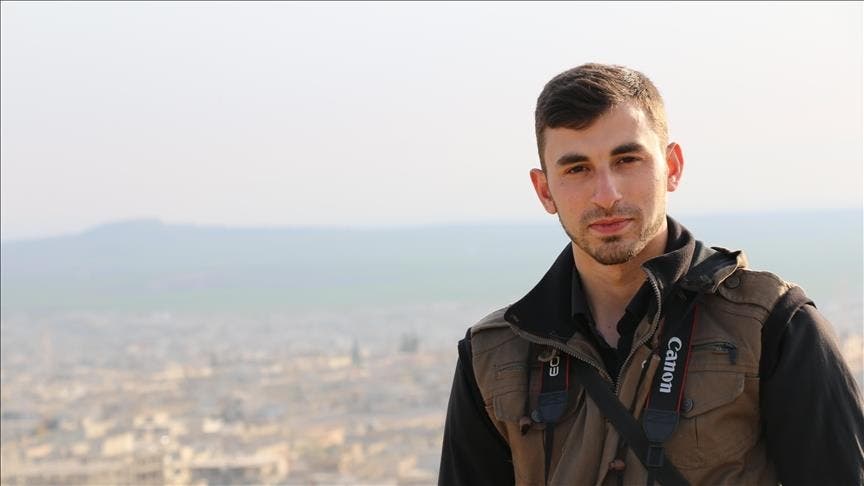 In 2018, a year before his death, Diab was injured in a regime attack and treated in Türkiye.

‘He did his best to reveal truth’

“Anas focused on two issues in his work, documenting the plight of the people and the attacks of the regime and its supporters,” he said.

Diab was trying to be the voice of people in Syria, telling what they were going through, and he would sometimes put his camera aside and rush to help so he could save people from the wreckage, Qutayni added.

Diab documented the chemical weapons attack in Khan Sheikhun in 2017 where he was also affected by chemicals during the coverage, he added.

Another friend, Muaviye Atras, said: “He did his best to reveal the truth, worked hard, and had many followers.”

Along with Diab, three other journalists have been killed in Syria.

Salih Mahmud Leyla, who was reporting for Anadolu Agency from Aleppo, was killed in a terror attack by the Daesh/ISIS terror group in 2015.

In the same year, Syrian journalist Vesim el Adil, who had made several contributions to Anadolu Agency as a freelancer, was killed in Russian airstrikes in Idlib.

The Syrian civil war began when the Bashar al-Assad regime cracked down on pro-democracy protesters.

According to UN estimates, hundreds of thousands of people have since been killed and millions more displaced. Against Human Trafficking: The USE Rings The Alarm Bells

We Are All Satoshi: Hungary Honors Bitcoin Creator in a Statue