Libyans have reacted with a mix of anger and hopelessness after authorities announced the postponement of a crucial presidential election initially scheduled to take place on Friday.

The electoral commission on Wednesday suggested the vote – aimed at ending a decade of chaos in the country – be pushed back by a month, owing to a lack of preparedness and disagreements between various political forces on the legal basis of the poll.

Mohammed al-Wafi, a resident of the capital, Tripoli, could not hide his dismay as he affirmed that the Libyan people were “thirsty” for the elections.

“We refuse to postpone the elections. I am talking about the opinion of the entire Libyan street. We, as citizens of the south [region], support holding the elections on time, frankly,” al-Wafi said.

The electoral board has suggested pushing the vote back by a month to January 24, but given the animosity between the eastern-based parliament and authorities in Tripoli, agreeing on a new date will be far from easy. 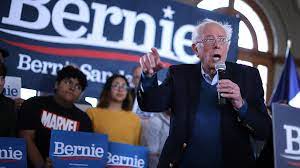 Two militiamen wounded by stun grenades outside US embassy in Baghdad