Lebanon’s new finance minister Ghazi Wazni told local media on Wednesday it would be “impossible” for the Lebanese pound exchange rate to the US dollar “to return to what it was.”

He told broadcaster LBC that reining in the parallel market, where the price of dollars has risen beyond the official pegged rate, would be “tied to the government’s work.”

Wazni added that “stopping the collapse” of Lebanon’s economy was feasible and would also require foreign support. 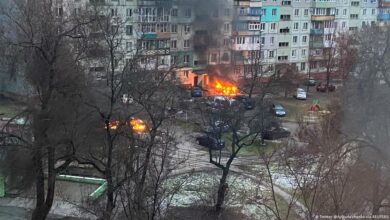 Many killed in blast at central Afghanistan religious gathering