Syrian singer Sabah Fakhri, considered one of the most famous in the Arab world, died in Damascus on Tuesday at the age of 88, his son told AFP.

“He died a natural death in Damascus. His heart stopped beating,” said Anas Fakhri, lamenting his father’s passing as a “huge loss for Syrian art.”

Born in the northern province of Aleppo and hailed as one of Syria’s greats, Fakhri was known for his masterful delivery of traditional Syrian songs that combined Arabic poetry with music.

The short stout man modified and popularized the Qudud Halabiya — a traditional form of Aleppine music that combines lyrics based on the poetry of Al-Andalus with old religious melodies collected mostly by musicians from the northern Syrian city.

“He was a living legend and legends do not die,” his son said.

“He will continue to be the legend of Syria and Aleppo.”

A symbol of the golden age of Arabic song, Fakhri was able to keep his audience in suspense for hours by tirelessly repeating the verses of classical or contemporary Arabic poems.

In 1968, he broke a record singing for 10 straight hours on tour in the Venezuelan capital Caracas. 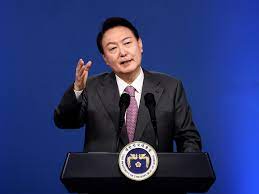