Lizzo was overcome by emotion in a video shared to TikTok over the weekend in which she confessed that she felt ‘like a burden on everyone.’

The 33-year-old singer, rapper and flautist filmed the self-shot clip in her kitchen before she burst into tears while admitting she was feeling down in the dumps.

But the video had a happy conclusion, with the Truth Hurts hitmaker later revealing on Saturday that she was feeling much better.

Wearing a black-and-white striped shirt, Lizzo’s eyes were already red at the start of the video, though she seemed somewhat composed.

‘You know that part of sadness where you feel like a burden on everyone, and annoying, and nobody cares about you?’ she asked aloud before letting out a sigh.

‘I don’t want to feel this way anymore. I want to feel like I do have someone to talk to and people do care about me,’ she said, before reminding herself that, ‘I am loved. I’m not alone. That’s how I want to feel, but I don’t feel it.’

‘OK, this is embarrassing,’ she said before ending the emotional and candid video.

Lizzo didn’t specify what was making her feel so bad, but she did give a hint of it in a follow-up video shared to TikTok later on Saturday, in which she said things were on an upward trajectory.

‘I’m feeling better. I had a really rough night and a very emotional morning just thinking about my relationships and life,’ she explained. ‘You know how it is, it gets dark.

‘I’m definitely glad I reached out in any way I could, and TikTok was one of those ways to feel perceived and seen and heard was really, really helpful,’ she said, adding that she planned to drink some tea and have a bath before filming a flute video.

‘Guys I’m much better today thank u,’ she captioned an Instagram Stories repost of her earlier video.

She made good on her plans to take a bath in more TikTok videos that showed her in the bathtub as she playfully placed a mound of bubbles on top of her braids.

As it was Mother’s Day, Lizzo posted a cute clip of herself and her mother Shari Johnson–Jefferson dancing.

The Truth Hurts singer had on an oversized white dress shirt over white shorts, while her mother wore a white blouse and sheer jacket with flowing white slacks.

Part of her Mother’s Day presents involved a large beige and gray Gucci tote bag with the brand’s green and red stripes running down the sides.

Earlier this month, Lizzo finally finished up more than a week of celebrating her April 27 birthday, including a trip to Las Vegas with friends.

She followed up her desert trip by soaking up some sun on the beach in a more tropical location.

The rapper even hinted at a relationship by including a video of her and another figure seeming to hold hands off in the distance in the water, though she hasn’t revealed who the person is, or if they might be related to her recent sad spell. 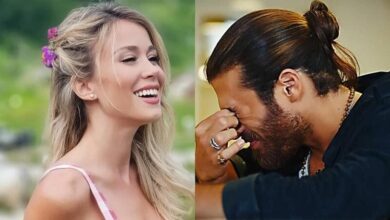 Kris Jenner Admits Kourtney Kardashian is The Hardest to Deal With 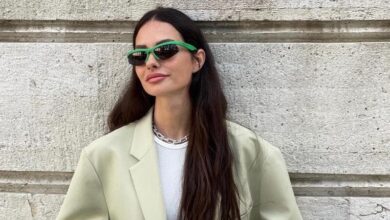