Youmna al-Sayed had less than an hour to get to safety.

But with just one elevator working in al-Jalaa tower, an 11-storey building in Gaza City housing some 60 residential apartments and a number of offices, including those of Al Jazeera Media Network and The Associated Press, al-Sayed made a dash for the stairs.

“We left the elevator for the elderly and for the children to evacuate,” the Palestinian freelance journalist said. “And we were all running down the stairs and whoever could help children took them down,” she added. “I myself helped two children of the residents there and I took them downstairs – everyone was just running quickly.”

Moments earlier, the Israeli army, which has been bombarding Gaza for six straight days, had given a telephone warning that residents had just an hour to evacuate the building before its fighter jets attacked it.

Al Jazeera’s Safwat al-Kahlout also had to move quickly. He and his colleagues “started to collect as much as they could, from the personal and equipment of the office – especially the cameras”, al-Kahlout said.

“Just give me 15 minutes,” an AP journalist pleaded over the phone with an Israeli intelligence officer. “We have a lot of equipment, including the cameras, other things,” he added from outside the building. “I can bring all of it out.”

“All I’m asking is to let four people … to go inside and get their cameras,” he told the officer. “We respect your wishes, we will not do it if you don’t allow it, but give us 10 minutes.”

“There will be no 10 minutes,” the officer replied. “No one is allowed to enter the building, we already gave you an hour to evacuate.”

When the request was rejected, Mahdi said: “You have destroyed our life’s work, memories, life. I will hang up, do what you want. There is a God.”

The Israeli army claimed there were “military interests of the Hamas intelligence” in the building, a standard line used after bombing buildings in Gaza, and it accused the group running the territory of using journalists as human shields. However, it provided no evidence to back up its claims.

“I have been working in this office for more than 10 years and I have never seen anything [suspicious],” al-Kahlout said.

“I even asked my colleagues if they’ve seen anything suspicious and they all confirmed to me that they have never seen any military aspects or the fighters even coming in and out,” he added.

“In our building, we have lots of families that we know for more than 10 years, we meet each other every day on our way in and out to the office.”

Gary Pruitt, president and CEO of AP, also told Al Jazeera: “I can tell you that we’ve been in that building for about 15 years for our bureau. We certainly had no sense that Hamas was there.”

AP journalist Fares Akram said he had been sleeping in the office after a long night of reporting when his colleagues began shouting, “Evacuation! Evacuation!” Akram grabbed what he could – a laptop, some electronics, and a few things from his desk – before running down the stairs and jumping into his car, he wrote in a written piece after the attack.

When he was far enough away, Akram stopped the car and got out to look back at the tower. He said he witnessed drone strikes hit the building, followed by three more powerful strikes from F-16s.

“At first, it looked like layers of something collapsing. I thought of a bowl of potato chips, and what might happen if you slammed a fist into them. Then the smoke and dust enveloped everything. The sky rumbled. And the building that was home to some people, an office to others and both to me disappeared in a shroud of dust,” Akram wrote. 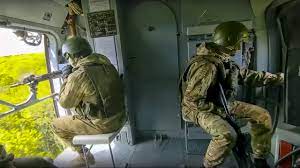 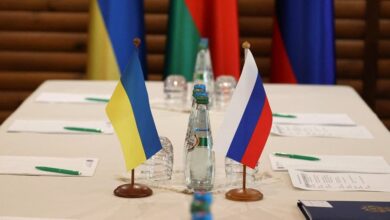