A ‘genius’ who was born without arms has learnt to play snooker with his chin in Pakistan.

Muhammad Ikram, 32, from Samundri, in Punjab province, has developed a special technique to play the game he used to watch other boys in the town enjoy as a child.

Footage shot yesterday shows Mr Ikram sinking pockets by hitting the white ball with his chin in the Black Pot Snooker Club in Samundri, near Faisalabad.

Mr Ikram has drawn international attention with his rare abilities and said he wants to play snooker around the world with the help of the Pakistani government.

In the video, a snooker club member helps Mr Ikram put on a shirt, before he steps up to the table, crooks his neck to take aim and bends over to sink a rebound shot.

The room applauds as he continues to hit balls into pockets, opening his mouth and closing sharply to generate power on the shots.

With the exception of a few near misses, Mr Ikram sinks pocket after pocket, taking a brief pause to be helped to some food from others.

He performs a few trick shots for the camera, leaning over the table and twisting his head to break.

Mr Ikram said: ‘I have met very good snooker players who tell me I am a real genius, and that I can bring great fame to Pakistan.’

One of nine born into a poor family, Mr Ikram was uneducated and deprived as a child. His main pastime was watching people play snooker, a game no one dreamed he could ever play.

He does not remember how the idea struck him, but somewhere along the line, he started practicing in secret.

His mother Razia Bibi said: ‘He would eagerly watch the other boys play. He would keep wishing he also had arms so he could play like them.

‘Then he started using his chin.’

He said: ‘He would come to the club and ask that he be allowed to play. We would look at his arms and feel he was unable to.

‘He insisted we allow him to prove himself. When he did that, we saw he was actually very good.’

Mr Ikram says people appreciate his undaunted spirit, and some eateries allow him to eat for free, with waiters volunteering to spoon-feed him.

He said: ‘God has not given me arms, but he has given me courage. And I have used that spirit to fulfil my ambition. So, no one should lose hope.’

He hopes one day, with government help, to play at the international level.

Pakistan has 3.3 million people with disabilities, according to official figures, although other surveys put the number as high as nearly 13 per cent of a population of about 210 million. 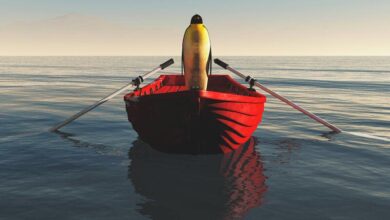 Video: Penguin Jumps Onto a Boat to Escape Becoming a Seal Meal 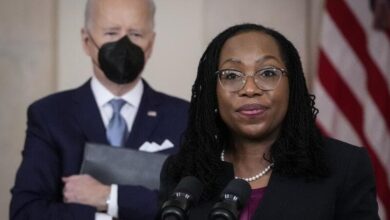 The US Nominates The First Black Woman For The Supreme Court