Hundreds of people have rallied in Tunis to protest against a draft constitution proposed by President Kais Saied, two days before a planned referendum on the charter.

The National Salvation Front alliance of opposition groups led a march through the Tunisian capital on Saturday to reject the president’s constitution change programme and decried what they call an undemocratic and illegal process.

Many of the protesters were from the older generation, who had lived under former President Zine Abbedine Ben Ali and took part in the 2011 revolution which forced him from office.

Among them was Amna Fehty, an Ennadha supporter who said she was there to “fight for freedom and democracy”.

“We cannot progress or have any power in this world under a dictatorship,” she told Al Jazeera.

“I do not want to see our children live as slaves under a dictator.”

Tension has been rising in the country in advance of the vote amid fears that the draft constitution would serve as the basis of a new hyper-presidential government system.

The referendum is being held one year after Saied suspended the parliament and sacked the government in what his opponents call a power grab. The president said he was responding to the popular will and saving the country from imminent danger.

He soon began ruling by decree and has dismantled some of the country’s democratic state institutions including the Supreme Judicial Council, while pushing for a new constitution, a draft of which was published last month.

The charter would limit the powers of the parliament and judiciary and enshrine the powers he has accumulated over the past year.A member of the executive committee of the National Salvation Front called Monday’s referendum “another link in a series of illegal events.”There were also some younger people among the crowds at Saturday’s rally. They said that Kais Saied is stealing their chance to develop their democracy.Ammen Ekalini, a 20-year-old activist, came to the demonstration with fellow students and said they are undeterred by the referendum and ready to fight for democracy. 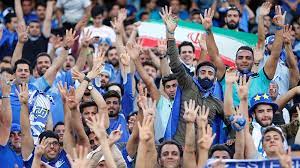