Hundreds of Ukrainian tourists broke out of Kiev airport refusing to go into state-organised coronavirus quarantine after flying in from Vietnam.

The 238 Ukrainians, who had been stranded in Vietnam due to the coronavirus outbreak, arrived in their capital city after being repatriated from Ho Chi Minh.

The Ukrainian authorities demanded that the tourists should go into quarantine at airport hotels for two weeks.

This would either have been for free in basic facilities or at a cost of £550 per person for smarter facilities.

Buses were waiting at the airport to to take the tourists to the state-run quarantine.

Most refused and instead made their way home independently.

‘Police and the National Guards were called in but they were not much of a help,’ said an onlooker.

Police made clear that the tourists were now expected to isolate for two weeks at home.

There were also reports that passengers on two repatriation flights from Bali staged a sit-in rather than be herded into quarantine at the airport.

One report said they had sat for nine hours on the aircraft.

There have been 480 confirmed cases of coronavirus in Ukraine, with 11 reported deaths.

It comes after Ukrainian former footballer Aindriy Shevchenko compared the coronavirus pandemic to the Chernobyl nuclear disaster which occurred in his homeland of Ukraine in 1986.

Shevchenko has remained indoors for the past 10 days and stressed that it is important to follow the orders given by the government.

Shevchenko told Sky Sports: ‘I have been shut in for 10 days but I am doing well. We can do nothing but respect the orders given by the government and let the medical professionals do their enormous job as well as they can.

‘They are the true heroes and I thank them. I lived through a similar situation in Ukraine, with the nuclear disaster of Chernobyl in 1986.

‘Stupid behaviour must give way and it must be understood that each one of us can contract the virus and be a danger to other people.

‘I want to salute every Italian and tell them that I am very close to them, we will all get through this together and I hope that this all will end very soon.’ 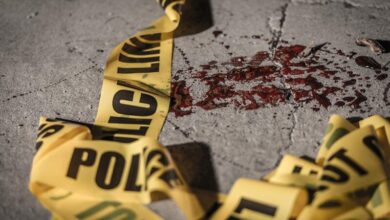