Ukrainian forces have buried hundreds of people in a mass grave in a commuter town outside Ukraine’s capital, Kyiv, after retaking control of the area from Russian troops, according to an official.

“In Bucha, we have already buried 280 people in mass graves,” Mayor Anatoly Fedoruk told the AFP news agency by phone on Saturday.

He said the heavily destroyed town’s streets are littered with corpses.

“All these people were shot, killed, in the back of the head,” Fedoruk said.

He said the victims were men and women, and that he had also seen a 14-year-old boy among the dead.

The mayor also confirmed to Al Jazeera that he had seen at least 22 bodies on Bucha’s streets.

He said it had not been possible to collect the bodies yet, amid fears that Russian forces had booby-trapped the corpses.

“[Fedoruk] is claiming that this has been a deliberate targeting by Russian soldiers – basically a massacre of civilians in his town,” said Al Jazeera’s Rob McBride, reporting from Lviv in western Ukraine.

Bucha has seen fierce fighting during the past few weeks and had been under Russian occupation for about a month until it was retaken this week.

“According to the mayor [the dead people] were trying to escape to Ukrainian held territory when, according to him, they were simply gunned down,” McBride said.

He said Ukraine’s ministry of defence has accused Russia of killing civilians in other towns.

“[The ministry] are saying that as they push forward, and the Russians are withdrawing, they are taking back territory, and it does appear as they do so that in places like Bucha and maybe in other towns there could well be more grisly discoveries waiting to be uncovered,” McBride said.

“Placement of booby-traps and placement of mines are clear violations of the law of warfare, as well as deliberate targeting of civilians,” he said.

Shops were reopening and residents were returning but “still stand ready to defend” their city, he added.

A prominent Ukrainian photojournalist who went missing last month in a combat zone near the capital was found dead on Friday in the Huta Mezhyhirska village north of Kyiv, the country’s prosecutor general’s office announced.

Maks Levin, 40, worked as a photojournalist and videographer for many Ukrainian and international publications.

The prosecutor general’s office attributed his death to two gunshots allegedly fired by the Russian military, and it said an investigation was under way. No plans to expand mobilisation – Putin 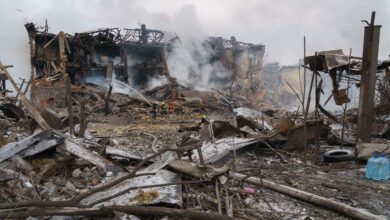 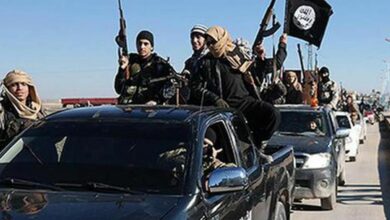