Birds fly over lush green fields as an announcement made from the loudspeaker of a local Sikh temple, gurdwara, breaks silence on a misty, winter morning.

“Our trolleys and volunteers are ready to leave in a while. People are requested to come over to bid farewell to our brave hearts,” a male voice reverberates in Jartauli, a nondescript village 25km (15 miles) southwest of Ludhiana in Punjab province of India.

Without any delay, men, women and children – all visibly excited – start pouring in the lawns of the gurdwara. They surround seven tractors decked with colourful flags and attached with trolleys.

The trolleys are floored with carpets and rugs and roofed by tarpaulins fitted on ropes and bamboo sticks. Between the roof and the floor is a bed of logs loaded with sacks of wheat flour, rice and pulses, cartons of packaged water, bags of disposable plates and cups, and several boxes of medicine.

Each among the 20-odd volunteers is garlanded by the village head, as villagers wait to greet and hug them. Some take pictures as the volunteers embark on their journey.

Loaded with supplies, the caravan of tractors is headed for a 325km (201 miles) journey to Singhu on the outskirts of the Indian capital, New Delhi, where thousands of farmers have been protesting against India’s new farm laws for more than two months.

The protesting farmers, mostly from Punjab, are spread over several kilometres near Singhu border, blocking important highways to the capital with their tractors and tents.The farmers fear three new laws brought in by Prime Minister Narendra Modi’s government in September last year will end a system of guaranteed price on their produce and push the country’s vast agriculture sector under the control of private corporations.

The farmers demand a repeal of the laws, which the government claims will modernise farming and make farmers richer.

Multiple rounds of talks between the government and the leaders of the farmers’ unions have failed. The farmers have also rejected a government offer to suspend the implementation of the law for 18 months.

The protests first broke out in September in towns and cities across Punjab. In late November, the farmers marched towards New Delhi, but were stopped at entry points to the capital, including Singhu, which became the epicentre of the protest movement – one of the largest India has witnessed in decades.

Farmers say they are determined to stay put and claimed to be carrying supplies that will last months. Thousands of men and women are being sustained by huge community kitchens serving food day and night, and other facilities, including makeshift medical camps.

Behind the continuing protests is a well-organised network of volunteers from villages in Punjab and the neighbouring Haryana state, supplying the agitators with “whatever is required”.

Jartauli village sent 10 volunteers with two tractors to join the protest at Singhu two months ago. Since then, they keep sending in supplies almost every week and a new group of volunteers replaces the old ones.

Days before the latest convoy of tractors was ready to leave Jartauli, which has a population of about 450 households, Narmal Singh, 47, accompanied by a group of volunteers went to every house to collect financial donations and food supplies.

“With empty barrels in a truck, we passed by homes and people donated whatever they could,” said Narmal, who, like most people in his village, is also a farmer and owns two acres (0.81 hectares) of land.

Since the protests began, Narmal said people from his village have donated more than 500,000 rupees ($6,800) in cash.

Every morning in Jartauli, a volunteer collects milk from each household and supplies to the protest sites. The villagers say they have supplied about 4,000 gallons (15,142 litres) of milk so far, averaging 150 litres a day.

“Whatever we are supplying is our home produce and we will keep supplying till our demands are not fulfilled,” said Narmal.

As the truck passed through the village, with a speaker system mounted on top asking for donations, the barrels got filled. Narmal kept writing names of the people who donated for the record.

The supplies were stocked in sacks and loaded on the trolleys. Some are kept for making traditional sweet dishes, called peeni in gurdwara’s kitchen, and then loaded with the stock.

“We also contact our people who are at the protest site and ask them for the additional list of things they need. That stuff is brought from the market from the donations,” said Harbans Singh, a 65-year-old farmer who is also working as a volunteer.

“Sometimes, shopkeepers in the market do not take money or make considerable discounts,” he said.

Behind the well-managed chain of pooling resources is a decades-old tradition in Punjab villages.

“We did not set up any new structure to support the protests,” 55-year-old Jigrup Singh told Al Jazeera.

“In villages, we always have volunteers associated with the gurdwara who keep pooling in resources for different religious and social occasions.”

Jigrup says the concept of community kitchen is central to Sikhism.

“In our village, we prepare food in the community kitchen of gurdwara once or twice every month or whenever someone passes away,” said Jigrup.

At many gurdwaras across India, the community kitchens are run on daily a basis. 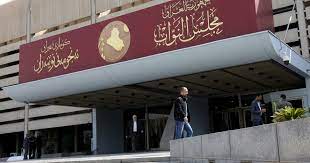