Opposition to vaccination is as old as vaccination itself. Although vaccines save five lives every minute, and even though 85 percent of children worldwide are vaccinated against diphtheria, tetanus, and whooping cough, some people are resisting the life-saving shots. A range of factors contribute to vaccine opposition – from fear of needles or side effects to conspiracy theories involving governments or the pharmaceutical industry.

Although anti-vaccination activists ultimately have never prevailed, when they find a temporary foothold in a society, vaccination rates can decline, and preventable illnesses increase.

The COVID-19 pandemic illustrates everything we know about vaccines and opposition to vaccines. The development of safe COVID-19 vaccines has provided us with the tools to combat the pandemic, and with 6.5 billion doses already administered, and more being administered at the rate of 22 million per day, there is light at the end of a dark tunnel.

On the other side of the ledger, the pandemic not only caused the death of millions, but it also created a toxic legacy of misinformation and conspiracy theories that has mobilised opposition to vaccinations. This is unsurprising based on what we know about human behaviour. When people suffer a loss of control over their lives or feel threatened, they invariably become more vulnerable to believing conspiracies. And if there is one thing a pandemic is good at, it is to create fear and loss of control.

Although this opposition has not prevented many countries from reaching very high vaccine uptake – for example in Spain, nearly 80 percent of the population has been fully vaccinated, with Italy and France not far behind – it cannot be ignored because anti-vaccination activists are increasingly resorting to intimidation and threats of violence against healthcare personnel. In the United Kingdom, police are now protecting some mobile vaccination stations, and in Germany, a man attacked healthcare workers because they refused to issue him a vaccination certificate without giving him the shot.

In the United States, attitudes towards vaccinations have become so politicised, with several Republican leaders voicing opposition to vaccines, that there is now a striking gap in uptake between states depending on which way they vote. States that lean towards the Democrats have high uptake, with Massachusetts and Vermont topping at 78 percent, whereas those that lean Republican lag behind, with West Virginia bringing up the rear at 48 percent. Perhaps most concerning, there are growing signs that American anti-vaccination campaigners have joined forces with the extreme right and other conspiracy theorists.

Given the obvious risk to public health posed by anti-vaccination movements, what can communicators and politicians do to respond?

First, leadership matters. When deciding about a complex issue like vaccination, laypeople generally rely on advice from trusted opinion leaders, which may be experts, media personalities or politicians. However, when issues become politically polarised, the question of whom to trust may become a matter of partisanship rather than expertise. In fact, evidence shows that the willingness to get vaccinated against COVID-19 among Republicans varies as a function of who recommends getting vaccinated – Donald Trump or Joe Biden. Thus, it is crucial that opinion leaders understand their effect on individuals’ health decision-making and put public health before partisan divide. It is therefore important that some Republicans speak out in favour of vaccination.

Nonetheless, even when leaders issue clear messages, some individuals will carry on with publicly questioning the effectiveness and safety of vaccinations, almost inevitably by spreading information that is outright false or highly misleading. The messages of these science deniers do the most damage when left uncorrected.

Fortunately, research shows that the effect of messages of science deniers can be mitigated by providing fact-based corrections or by unmasking logical flaws. The recent Debunking Handbook provides hands-on advice for practitioners on how to structure debunkings and write promising corrections. The importance of debunking has been recognised by various health authorities around the globe. For example, the World Health Organization debunks emerging myths surrounding COVID-19 on its website and through its social media channels as part of its Myth Busters initiative.

Reactive approaches like debunking can only be one building block in the fight against misinformation. In analogy to fighting a virus, policymakers should not rely on treatments alone but should invest in prevention measures: psychological vaccines against misinformation exist that warn individuals about the threat of disinformation and provide people with strong counterarguments.

In numerous experiments, those psychological vaccines have been shown to build up resistance to misinformation. Psychological vaccines have been developed in the form of simple text-based warnings or short videos, as well as appealing online games. For example, the free-to-play Go Viral! game confronts players with myths surrounding COVID-19 in a playful manner and thus prepares players for real dangers.

Psychological vaccines are crucial as a prevention measure.

Unfortunately, these approaches have not been implemented on a wide scale at the beginning of the pandemic. Therefore, to minimise damage, it is sometimes necessary to remove false information from users’ information channels – that is, “deplatforming” matters. For example, YouTube is taking down conspiratorial material that targets individuals. One conspiratorial video that gathered millions of views when first posted became irrelevant within two weeks of it being removed by YouTube.

Finally, fighting misinformation is also about providing more high-quality information. It is crucial to report potential side effects of vaccinations accurately. However, communicators, including journalists should weigh evidence and focus on the bigger threat for public health, that is, the risk of the disease.

In fact, information about individual risks of COVID-19 can influence even strongly hesitant people. Moreover, risk communication should also highlight social benefits. Showing people what the pandemic means for members of risk groups targets people’s natural empathy and evidently increases the willingness to participate in prevention measures. Stories about the tragedies of this pandemic can make people experience what all the abstract numbers mean. Again, not all stories work the same in all audiences. That is why tailored communication approaches were and are central to effective health communication in times of crisis.

Evidence on effective measures to combat misinformation is changing due to the huge increase in research findings during the pandemic. To address this dynamically involving landscape, we provide a free handbook specifically addressing the communication of COVID-19 vaccinations that is available in 11 languages, and that is updated regularly to take account of the latest science.

If You Want Vitamin C, These 7 Foods Are Better for You Than a Supplement 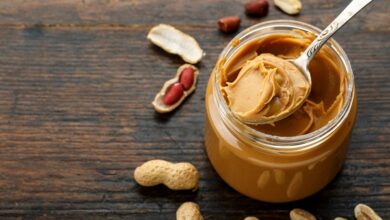