This year, US President and xenophobe-in-chief Donald Trump finagled “safe third country agreements” with Guatemala, Honduras, and El Salvador, allowing the United States to deport aspiring asylum seekers to the very region many of them are fleeing in the first place.

Even Salvadoran President Nayib Bukele – the possessor of the enlightened opinion that “President Trump is very nice and cool, and I’m nice and cool, too … we both use Twitter a lot” – recently admitted that his country needs to be “safer” and that its asylum capacities are currently nonexistent.

Indeed, the fact that the homicide rates in the three allegedly “safe third countries” are consistently among the highest in the world should be an easy indicator that they are anything but safe. Femicides abound.

Drowning in guns
The US’s own role in fuelling violence in Central America’s Northern Triangle has been well known for decades – from its habit of backing right-wing dictators and death squads to its continuing support for homicidal state security forces. In the aftermath of the US-facilitated coup in Honduras in 2009, that nation became more unsafe than ever.

And across the region, the US-exported model of neoliberal oppression has constituted a form of violence in its own right – perpetuating extreme inequality and condemning the masses to often existence-imperilling economic misery.

But one of the most crucial aspects to consider when contemplating US complicity in the appalling unsafety of the Northern Triangle is the sheer volume of US weapons circulating in the region.

In March, Foreign Policy reported that Trump was “sending guns south as migrants flee north”, with his administration “push[ing] to weaken oversight of gun exports”.

And yet the cross-border mobility of US armaments is nothing new. Back in 2014, Harry Penate – the former attache to Central America for the US Bureau of Alcohol, Firearms and Explosives – spoke candidly about the significant role American guns were playing in the epidemic of violence in the region, which was already causing a northward exodus of refugees.

According to Penate’s estimate at the time, half of the illegal weapons in murder-plagued El Salvador were from the US.

Flash forward to 2018, and the New Yorker’s Jonathan Blitzer cited reports that 49 percent of illegal and unregistered weapons recovered in El Salvador came from the US; in Honduras, it was 46 percent, and in Guatemala 29. While the causes of Central American violence were manifold, Blitzer noted, “American firepower facilitates it.”

Insecurity industry
Of course, the whole “legal” vs “illegal” distinction is problematic as well, since just because a gun is licensed, registered, and so forth does not mean everything is all fine and dandy. Just ask, inter alia, all the black Americans shot by US cops.

Anyway, what does the US expect allowing a bazillion licensed US firearms dealers to operate smack on the US-Mexico border? Surely it never occurred to anyone that armaments might make their way not only into Mexico but also down to the suddenly-safe third countries.

Juan Jose Martinez d’Aubuisson – a Salvadoran anthropologist, author, and expert on the MS-13 gang (another of Trump’s pet nemeses despite being none other than a creation of the US) – recently remarked to me that, although there is a prominent myth that the weapons circulating in this neck of Central America are left over from the region’s civil wars, in reality, the violence is carried out predominantly by US-manufactured handguns and not military-grade weapons.

“Many of these arms enter the country legally from the US and then cross over to the black market,” he said. “Another point that shouldn’t be overlooked is that lethal violence is frequently carried out with legal weapons purchased in authorised stores, by persons with official permission to carry arms.”

So much for safety.

Another source of acute insecurity – not only in the Northern Triangle but also throughout Latin America – is, it turns out, private security.

In a 2018 report titled “Security for Sale”, Sarah Kinosian and James Bosworth review the abuses that have been rendered possible by the burgeoning Private Military and Security Company (PMSC) industry – thanks to which private security guards vastly outnumber public officers in many countries. In tiny Honduras alone, there were no fewer than 1,038 registered private security companies as of 2017 – and plenty more unregistered ones.

All for profit
The US, in typical privatisation-obsessed fashion, has contracted with PMSCs in various countries “to provide assistance to the public security forces”, but the companies are perhaps better known for their services in protecting elite wealth, safeguarding the corporate exploitation of resources (including by repressing indigenous and environmental activists), and generally assisting in the proliferation of the neoliberal miracle.

In the Northern Triangle, in particular, the private security industry is a “major supplier of weapons for criminal groups”, as imported arms are stolen, lost, or otherwise make their way to the black market.

In November 2018, the Miami Herald wrote about the Honduran military police’s apparent use of US weapons to kill political protesters. The article quoted the US State Department on how “human rights concerns” were among the numerous factors taken into consideration when evaluating direct commercial sales of US weaponry to other countries. Also considered, the statement continued, was the “promotion of American industry”.

But in the end, profit always trumps human rights – and while the US arms industry is presumably feeling pretty secure right about now, it is safe to say many people in “safe third countries” are not. 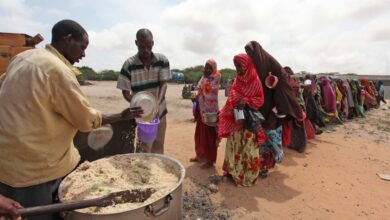 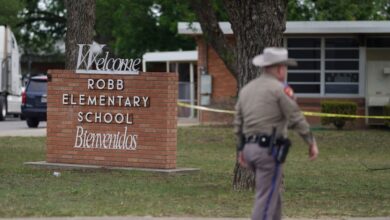 Soleimani is no anti-imperialist hero