Shell companies have come under attack for obscuring illicit money flowing into real estate. But it turns out they’re also a problem for the Pentagon.

In some cases, the shell companies helped contractors obscure that they were making U.S. military equipment abroad, the GAO said, posing a risk to national security and quality control. More often, they were used to win contracts meant for companies owned by disabled veterans or minorities, it said.

The government watchdog reviewed 32 cases that made their way to criminal prosecutions or lawsuits between 2012 and 2018. Taken together, they illustrate how the Pentagon’s $350 billion in annual contracting can be gamed using companies that exist largely on paper.

The problem could be far bigger, since the GAO’s study wasn’t intended to gauge its scope. The watchdog said the Pentagon had made only spotty efforts to pierce the secrecy of shell companies.

“I don’t think anybody really knows the extent of the problem,” said Robert Burton, a former top government procurement attorney now at Crowell & Moring. “I do know that some of these folks have become quite proficient at disguising ownership.”

Even as countries in Europe and elsewhere are requiring greater disclosure, the U.S. remains a tax and secrecy haven, allowing so-called beneficial owners who profit from these corporations to hide their identities by registering in states like Delaware, Nevada, Wyoming and South Dakota.

One case reviewed in the GAO’s November report, involving a contractor in Paterson, New Jersey, shows how the tactic can pose a safety risk for the armed forces. That contractor, run by a businessman named Ferdi Gul, won 346 U.S. military contracts over several years to supply parts for torpedoes, bomb ejector racks and mine clearance systems. His company was registered with the Pentagon as a domestic manufacturer.

But the parts were actually made thousands of miles away in Gul’s native Turkey, U.S. authorities say. Using a front company to disguise the arrangement, Gul illegally exported military technical drawings there and defrauded the U.S. of $7 million, they said.

Two of Gul’s employees pleaded guilty to their roles in the fraud. Gul, who was first charged in 2015 and indicted in 2018, hasn’t responded to the case in federal court in New Jersey. At the time of his indictment, he was believed to be living in Turkey.

Legal Framework
Lawmakers in Washington are trying to bring more transparency to corporate ownership. The House passed a bill in October that would force states to collect information about who’s behind shell companies of all types and share it with law enforcement. A similar bill is pending in the Senate Banking Committee.

In the absence of such transparency, the Defense Department continues to face financial and national security risks in its supply chain, the GAO said. Protecting that pipeline is a daunting challenge, and it begins at the most basic level — figuring out who actually owns its contractors and benefits from their work.

The Pentagon accounted for two-thirds of all U.S. government contracts last year, awarding $350 billion in business to 38,000 companies. Foreign suppliers are eligible for some Pentagon contracts but not for those involving certain sensitive technologies.

The Defense Department faces “several types of financial and nonfinancial fraud and national security risks posed by contractors with opaque ownership,” according to the GAO. Such opaque companies owned by adversary states could pose intelligence threats, if they steal intellectual property or insert malware into critical systems, the Office of the Director of National Intelligence said in a 2017 report.

“Not only might you have sanctioned parties doing contracting work, but enemies of the U.S. getting access to our funds, our equipment, our sites and our personnel,” says Greg Lisa, a Hogan Lovells lawyer who worked at the Treasury Department’s Financial Crimes Enforcement Network. “That’s frightening.”

The Defense Department, through a spokesman, declined to comment.

Banning Contractors
Burton, the former procurement attorney, said he helped ban contractors for a variety of regulatory violations during his years of government work. Some of them would later resume work for the Pentagon using shell companies to disguise their identities.

“They just sort of slithered away and created a new entity,” he said.

For foreign adversaries like China, Russia or Iran, shell companies could be a point of entry into the Pentagon’s procurement system. Last year, the Air Force scrapped a $420 million contract to make bunker-busting bombs after a competitor complained that it had been given to a foreign-owned company with ties to a U.S-sanctioned Russian oligarch.

Federal contractors are supposed to self-report ownership information to the government, but the Defense Department often can’t verify that information.

Defense Department contracting officers lack the “time, resources or training they need to conduct in-depth reviews or analysis of the ownership aspects of a particular company,” the GAO said. The ownership data in the federal database used by the Pentagon to assess vendors lists only “prime contractors,” not subcontractors in the supply chain.

Sensitive Contracts
For particularly sensitive contracts, the Pentagon has taken steps to address risks from suppliers with murky ownership. In those cases, it has increased collection of ownership data prior to awarding contracts and excluded suppliers who pose significant risks of infiltration by adversaries. It’s also sought to identify officers, directors and owners of suppliers deemed to pose a supply-chain threat.

While the GAO praised some Pentagon efforts to monitor contractor ownership, it said they’ve been piecemeal. It recommends that the Pentagon emulate the private sector by using commercially available data mining and analysis tools to uncover identifying information from a range of databases.

Banks, for example, use credit bureaus and other data sources to gather personal information on new customers and to report suspicious financial activities to law enforcement.

“There’s a rule in banking called ‘Know Your Customer,”’ said Jeffrey Lovitky, a Washington lawyer and expert in government procurement law. “In military procurement, there really should be a rule, ‘Know Your Contractor.’”

In another case reviewed by the GAO, the government didn’t know the true supplier when it granted a contract to a New Jersey company to make safety gear called wing pins for F-15 fighter jets.

The winning bidder was a company called Allied Components LLC, created by a man named Robert Luba. It turned out that was a shell company. Luba and a business associate, Hannah Robert, used another company based in India to manufacture the components, while lying to the Defense Department about their supplier, prosecutors said. Working with an unidentified partner in India, Robert secretly exported technical drawings for aircraft parts, nuclear submarine torpedo systems and attack helicopters.

Foreign Contracts
To avoid detection, Robert and her Indian partner posted sensitive military data on the password-protected website of a New Jersey church where Robert was a volunteer. In addition to illegally exporting the blueprints, they used them in seeking contracts in the United Arab Emirates, Pakistan and Indonesia, prosecutors said.

The contactors’ crimes had safety implications, too. The Defense Department discovered wing pins provided by Luba failed to meet hardness specifications. The military eventually had to replace the wing parts in 47 F-15 jets.

Luba “not only jeopardized the lives of men and women on the front lines of our national defense, he put all Americans at risk,” according to Paul Fishman, the U.S. attorney in New Jersey at the time. Luba pleaded guilty in 2013 to violating the Arms Export Control Act, and conspiring to do so. Robert pleaded guilty to a similar conspiracy two years later. 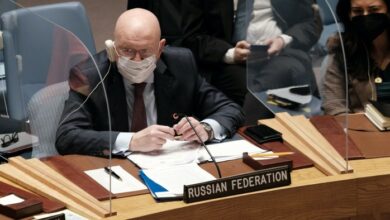 US and Russia spar over Ukraine crisis at UN Security Council 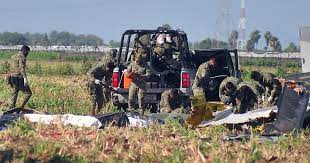 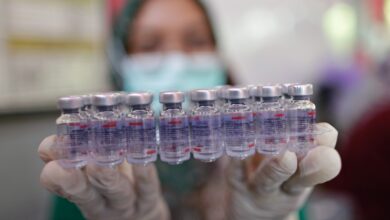