There’s no such thing as TMI for the Bella Twins!

During this week’s episode of The Bellas Podcast, Brie Bella and Nikki Bella opened up about their sex lives while talking to guest Vanessa Lachey about how she keeps her relationship alive with husband Nick Lachey.

Vanessa’s answer—”shower sex!”—was pretty self-explanatory, but it allowed Nikki to get candid about how her own sex life with fiancé Artem Chigvintsev has changed since getting pregnant.

“I feel bad because Artem and I, we went from the honeymoon stage and then we got engaged and then I found out I was pregnant two weeks later. And everything changed so quickly,” Nikki explained. “He has to deal with crazy hormones right now and trying to piece life together, and I deal with a lot of construction…so, poor guy. 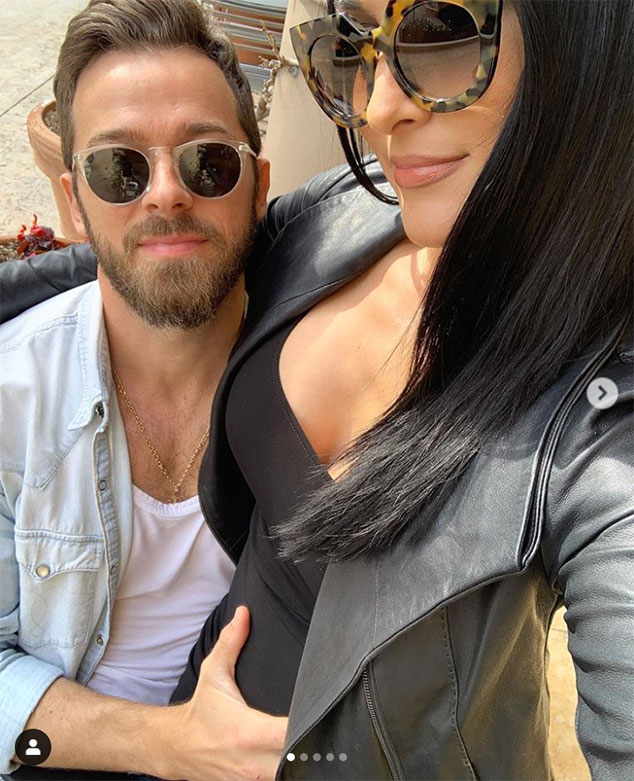 The couple is so busy that it even feels as though they’ve reached “the seven-year itch,” Nikki added.

Don’t worry, though. Nikki explained that she can still make some time for Artem.

“Our sex life goes so on and off. And I don’t know if it’s me,” Nikki said. “I will admit, last night it was the first time that I told him, ‘Hey, can you massage my boobs?’ And then I pushed the hand lower and was like, ‘Can you massage down there, too? Thanks.'”

Vanessa was also able to give both Nikki and her sister some tips for sex during pregnancy, including one that a girlfriend of hers claimed “saved” her marriage: coconut oil.

“She’s like, ‘I’d be tired, or I’d be cranky, or I’d be crampy.’ She was obviously pregnant, not feeling sexy,” Vanessa explained. “But she said, ‘My boobs always felt sexy and he loved boobs.’ I was like, good for you!”

Not feeling attractive was something Nikki said she could relate to, but lucky for her, Vanessa swooped in again with some reassuring advice.

“I know you said you don’t feel as sexy, but every single man that I’ve ever asked is like, ‘My wife or my fiancé or my girlfriend has never been more beautiful and more sexy than when she’s pregnant.'” Vanessa said. “So, I guarantee—it’s hard, whatever you’re feeling—they’re like, no. I mean, you’re holding half of them, literally.”

Perhaps as Nikki’s pregnancy continues, Artem could get to work on renovating their bathroom—something that Nikki said would likely need to happen if they wanted to partake in what keeps Vanessa and Nick’s marriage alive.

As Vanessa put it, “If you tell Artem, ‘I want to have sex with you in the shower, so we need a bigger shower,’ I have a feeling he’ll be like Extreme Home Makeover and in 48 hours you’ll have a brand-new marble shower Tuba Büyüküstün Bids Farewell to The Ambassador’s Daughter.. Check Out Her Message