Have you ever wished your favourite musicians who quit singing had a comeback or wished they sung a particular song? Some people did and even made dead vocalists sing, thanks to a technology using artificial intelligence (AI) to create deepfake audios.

Google’s Tacotron 2 and Magenta are among the favoured software, accessible to anyone amid the rise of deepfake songs after hyper-realistic deepfake videos have taken the Internet by storm in the past few years.

Another Youtuber made Eminem sing as if he was still a 26-year-old rapper.

“I guess Eminem’s new songs are okay, but the vocal delivery is kind of boring. He’s shouting too much into the mic!” the creator of the deepfake Eminem song creator told Billboard.

These voice synthesis softwares have many functions in a very similar way as deepfake videos. It analyses the voice records of a person, the longer, the better, and imitates the voice and the accent, pitch, and pace of a speech. Faux sounds can also mimic emotions such as happiness, anger, or sadness.

Some took it as a chance to promote the fight against a music industry’s mental health crisis that cost the lives of some iconic singers.

Lost Tapes of the 27 Club is a project featuring AI songs by Jimi Hendrix, Jim Morrison, and Amy Winehouse, the singers all who died by suicide at the age of 27 as a result of a mental health crisis.

“It’s been romanticised, by things like the 27 Club—a group of musicians whose lives were all lost at just 27 years old. To draw attention to this issue, we used AI to imagine what these artists might have created, were they still with us,” Over The Bridge platform that developed the project said.

But not everyone is amused by how the technology is being used. In 2020, the rapper Jay-Z pressured YouTube to take down a deepfake video that he’s reciting “To Be, Or Not To Be” soliloquy from Hamlet — and failed.

Jordan Peterson, a conservative Canadian clinical psychologist, also wasn’t pleased when he found a website where you could make him say whatever you want using AI technology. The website has been shut down as he raised the possibility of taking legal action, but his deepfake video in which he sings South Park theme song is still available on YouTube.

“The deepfake artists must be stopped before we no longer know what’s real,” he reacted.

But the only concern regarding the voice deepfakes isn’t about violation of personal rights. Even though it now appears to be more common among Youtubers who enjoy making famous personalities talk or sing, it has been used by fraudsters in the past.

In 2019, Wall Street Journal reported that a CEO in the United Kingdom was tricked into paying €220,000 ($243,000) to criminals who impersonate a chief executive’s voice. The CEO thought he was sending funds to a Hungarian supplier on demand of the chief executive of the firm’s German parent company.

With the increasing availability of technology, some fear it will lead it to be used by criminals more frequently. But amid concerns, a growing number of companies are offering deep sound fakes as a professional service.

Veritone, one AI company, launched a startup called Marvel.ai in May, is one of the companies offering the service for a fee. Their tool allows individuals to create, manage, share, and sell what they call professional “synthetic voices” to the highest bidder. 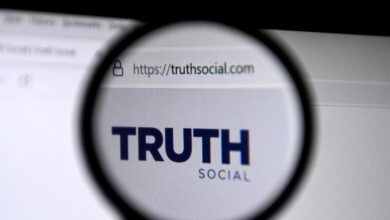