That provoked an outcry on social media this week that comes amid strained relations between Twitter and New Delhi over the firm’s compliance with India’s new IT rules.

The complaint accuses Twitter’s India boss Manish Maheshwari and another company executive of breaching the country’s IT rules as well as laws designed to prevent enmity and hatred between classes.

“This has hurt my sentiments and those of the people of India,” Praveen Bhati, a leader of the far-right group Bajrang Dal in the northern state of Uttar Pradesh, said in the police complaint. He also called it an act of treason.

Last year, the head of an Indian parliamentary panel accused Twitter of disrespecting New Delhi’s sovereignty, after mapping data showed Indian-ruled territory as part of China in what the social media firm said was a quickly resolved mistake.

Growing tension with New Delhi has discouraged US big tech firms about prospects for their largest growth market, so much so that some are rethinking expansion plans. 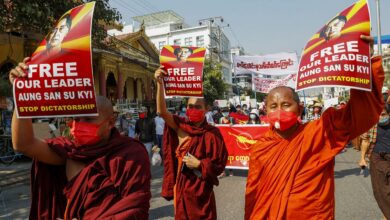