A Hezbollah official has called for a stronger presence from the Lebanese army in the Shia group’s stronghold of Baalbek-Hermel, near the border with Syria, after several days of clashes between local clans.

“The security situation in the Bekaa governorate and especially in Baalbek-Hermel is the responsibility of the state’s security agencies … who must do their job better and with greater regularity,” former Lebanese minister Hussein Hajj Hassan told local media at a press conference Sunday.

Last week, members of two rival clans in the town circulated images and videos of their heavy arsenals of weaponry, including RPGs.

The Chamass and Jaafar clans’ parade of military strength came after four members of the Jaafar clan killed a member of the former family the previous week, provoking a series of retaliatory attacks.

The two warring clans have a long history of animosity and competition in the lawless region around the historic town of Baalbek.

Speaking alongside Baalbek’s mayor, Hajj Hussein emphasized that increased military action would be needed to ensure the governorate’s stability.

“The role that the security apparatus is currently taking on in Baalbek-Hermel is minimal when it is compared to the scale of the security problem,” he explained.

The former agriculture minister added that politics should be removed from the equation when it comes to security issues.

“We say to the security forces: do your part, and in politics, we receive all the space we want.”

Critics have called on Hezbollah to do more in the area, where it has significant influence. Baalbek-Hermel residents have long complained of negligence from the state in an area with little resources in agriculture, education, and healthcare. 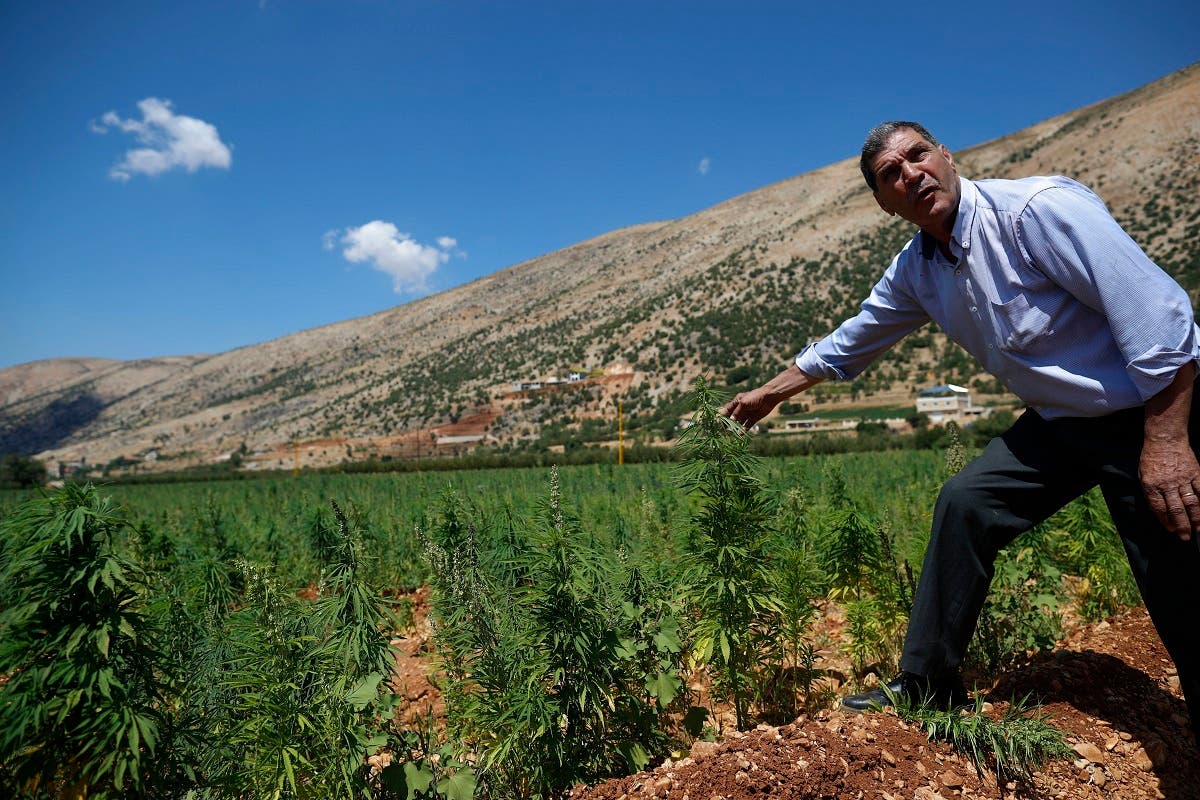 A local resident who has planted cannabis for decades checks a cannabis field as he speaks with The Associated Press in Baalbek. (File Photo: AP)

The cultivation of cannabis has been a leading source of income for residents. Growing marijuana for medical use was approved by Lebanese lawmakers recently; however, disagreements remain over whether the sector should be state-run or privatized.

Parliament Speaker Nabih Berri has advocated for it to be state-run. The Shia sect has a leading role in the state-run tobacco company, and opposition lawmakers fear similar corruption in any future cannabis sector.