Social media was ignited a while ago with a picture of the artist Ahmed El Sakka accompanied by a girl, over which some art pages claimed that she was his daughter Nadia.

It turned out that they were only fans of El Sakka, who asked to take pictures with him while spending their vacation on the northern coast.

Yesterday though, a number of social media pages shared a confirmed picture of Nadia hugging her father Ahmed from behind. 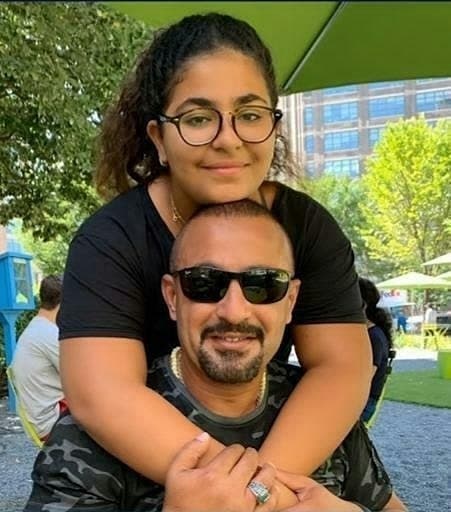 This is the first time the audience sees Nadia who looked very beautiful and innocent.

Some commentators said that she carries similar features of her mother, anchor Maha Al Sagheer.

The Full Story of Nancy Ajram and Elissa’s Misunderstanding as Well as Myriam Fares’s Interference!

Is Rihanna Serious About Releasing her Own Cookbook?