On Wednesday,  Blink-182 drummer Travis Barker was rushed to the hospital.

He was first admitted a West Hills Hospital and Medical Center for an unknown health issue, but later, he was transported to Cedars-Sinai Medical Center in Los Angeles California.

It was later revealed by the news media, that Barker, who is married to Kourtney Kardashian was rushed to the hospital because of ‘Acute pancreatitis’ due to a recent colonoscopy procedure.

Acute pancreatitis is a condition where the pancreas becomes inflamed (swollen) over a short period of time, symptoms of it include nausea, intense stomach pain and vomiting.

Currently, it is still unknown what Barker’s condition is, and no one from his immediate family, nor any reps have commented on his health status.

But when the rocker was hospitalised, his daughter Alabama took to her social media to ask followers and fans to send their prayers.

And earlier on Tuesday, Travis himself tweeted a cryptic message, writing, “God save me.” 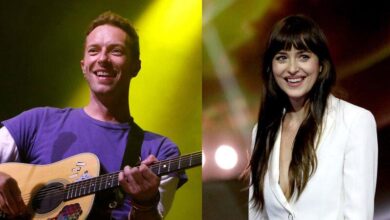