Ten Republicans of the US House of Representatives voted to impeach President Donald Trump after rioters stormed the Capitol building last week, making him the first president in US history to be impeached twice.

The Senate’s response to the president’s second impeachment is yet to be determined. In order to render a guilty verdict, 17 Republicans would have to join Democrats.

As of yet, only a small number of Republican senators have shown interest in potentially convicting Trump in a Senate trial. The trial would begin after Trump has left office and after President-elect Joe Biden is sworn into office on January 20. 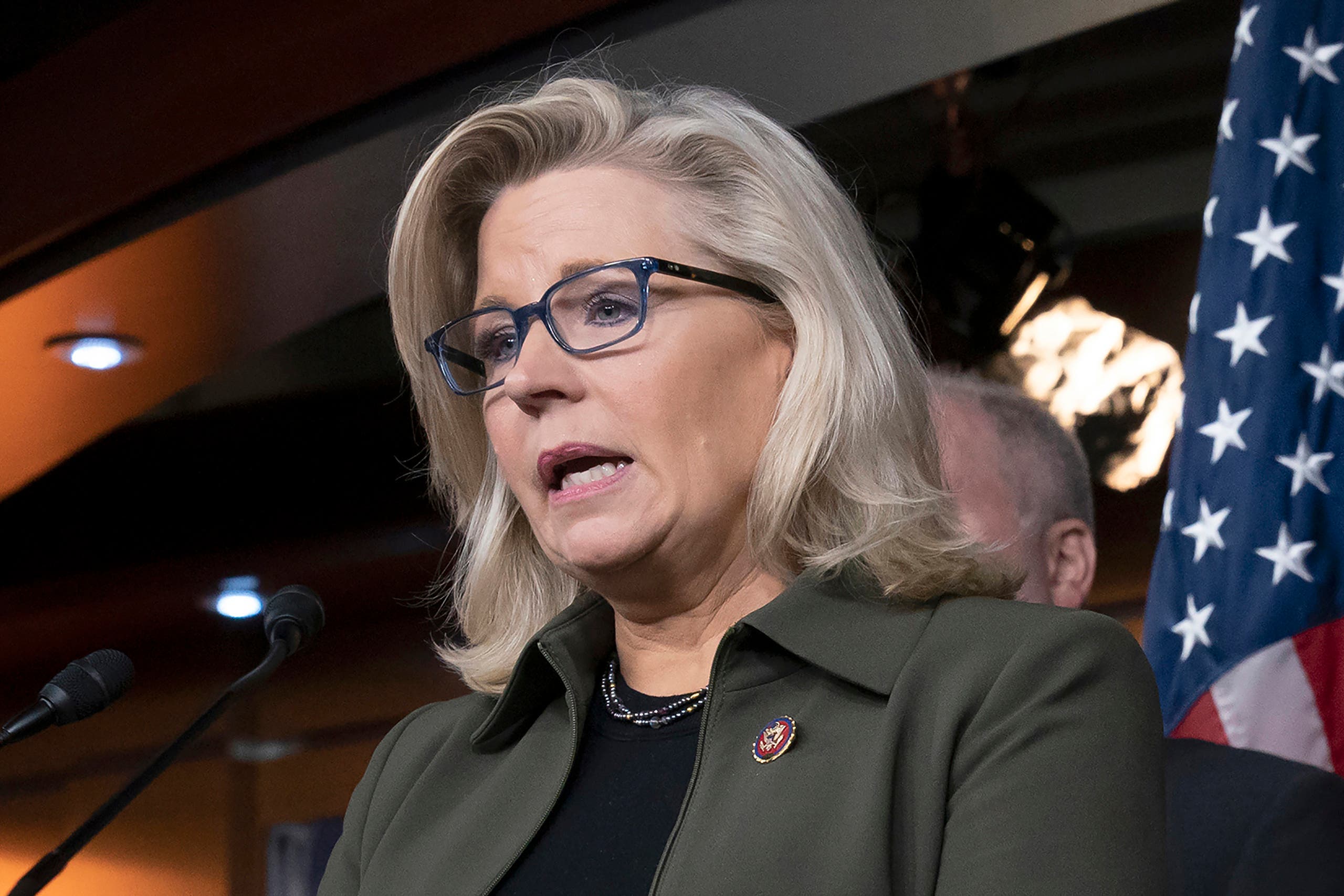 Liz Cheney, the No.3 House Republican, was the most senior member of her party to vote against efforts to challenge electoral college results confirming Trump’s loss.

She is also the daughter of Dick Cheney, former Republican vice president under George W. Bush.

“There has never been a greater betrayal by a president of the United States of his office and his oath to the constitution,” Cheney said, in a statement released on Tuesday. 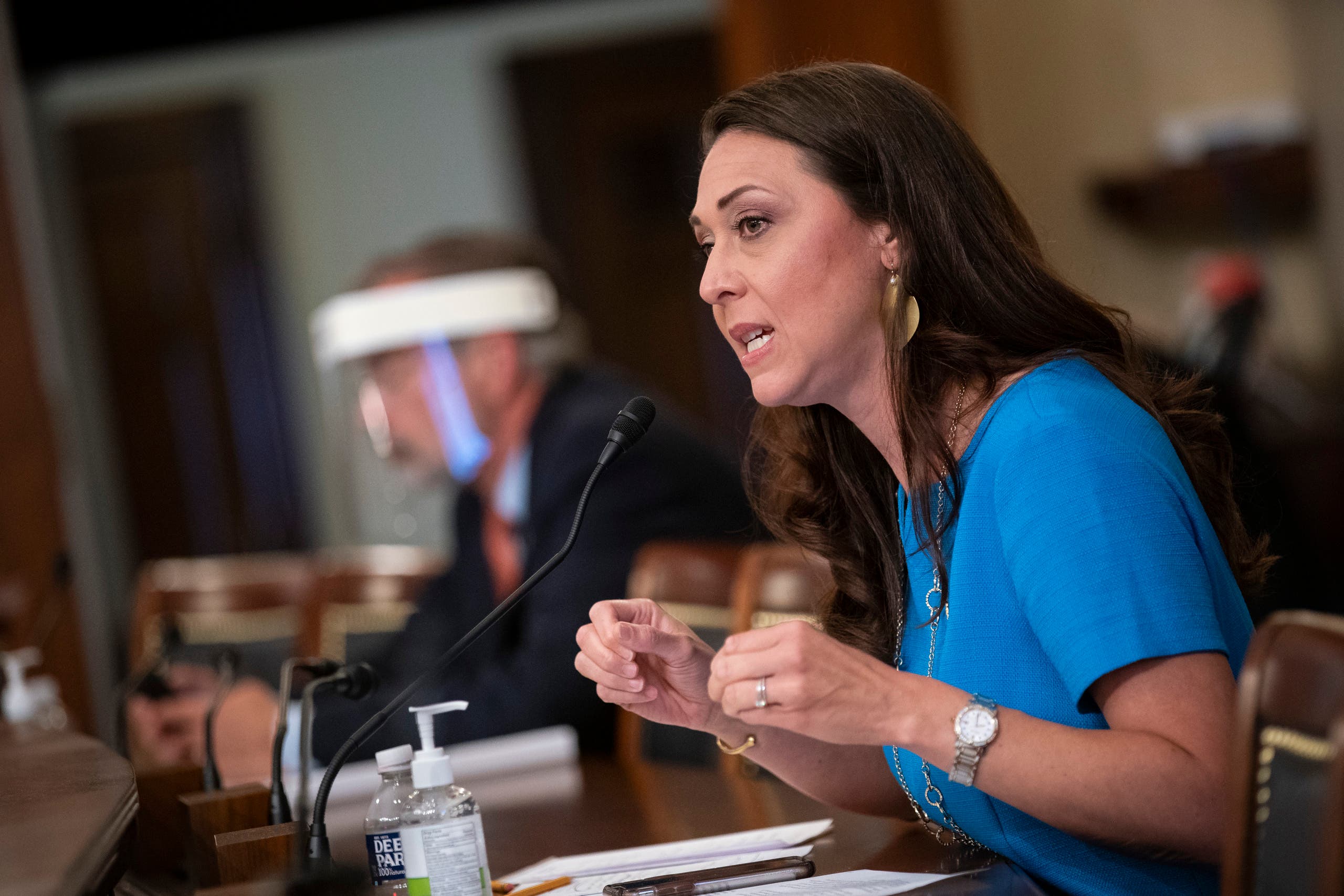 Herrera Beutler, a moderate from Washington state who is in her sixth term, said in a statement that Trump’s offenses were “impeachable”, citing that her decision was “based on the indisputable evidence we already have.”

“Truth sets us free from fear. My vote to impeach a sitting president is not a fear-based decision. I am not choosing a side. I’m choosing truth,” she added. 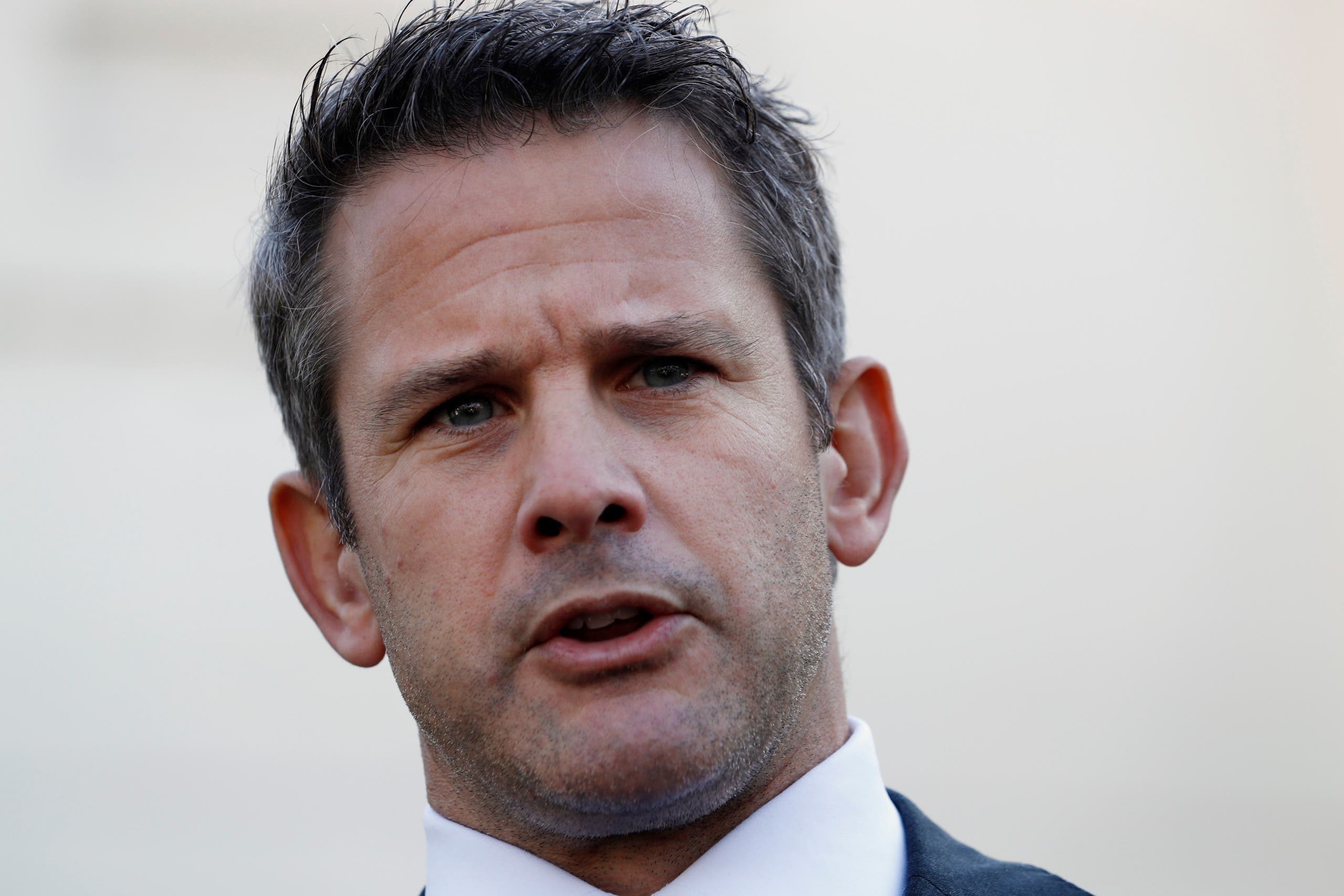 Rep. Adam Kinzinger, R-Ill., speaks to the media at the White House in Washington. (AP)

Adam Kinzinger is a US Air Force veteran currently in his sixth term representing northern Illinois. Kinzinger, a regular Trump critic, has said that he did not doubt that Trump had broken his oath of office and incited the violence at the Capitol on January 6. 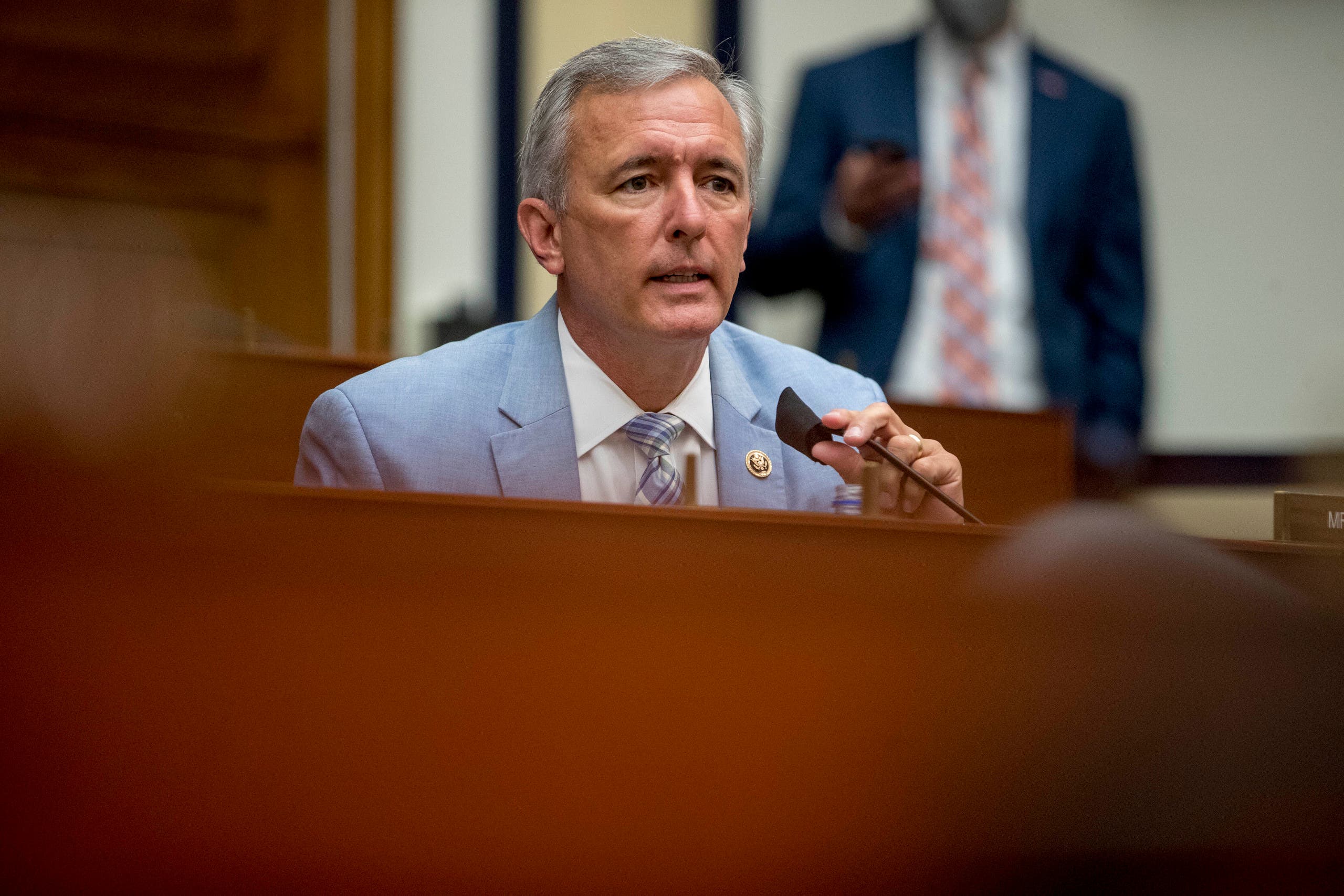 Former federal prosecutor John Katko was the first member of the House Republicans to outwardly say that he would vote for Trump’s impeachment.
“To allow the president of the United States to incite this attack without consequence is a direct threat to the future of our democracy,” he said in a statement Tuesday. “I cannot sit by without taking action.” 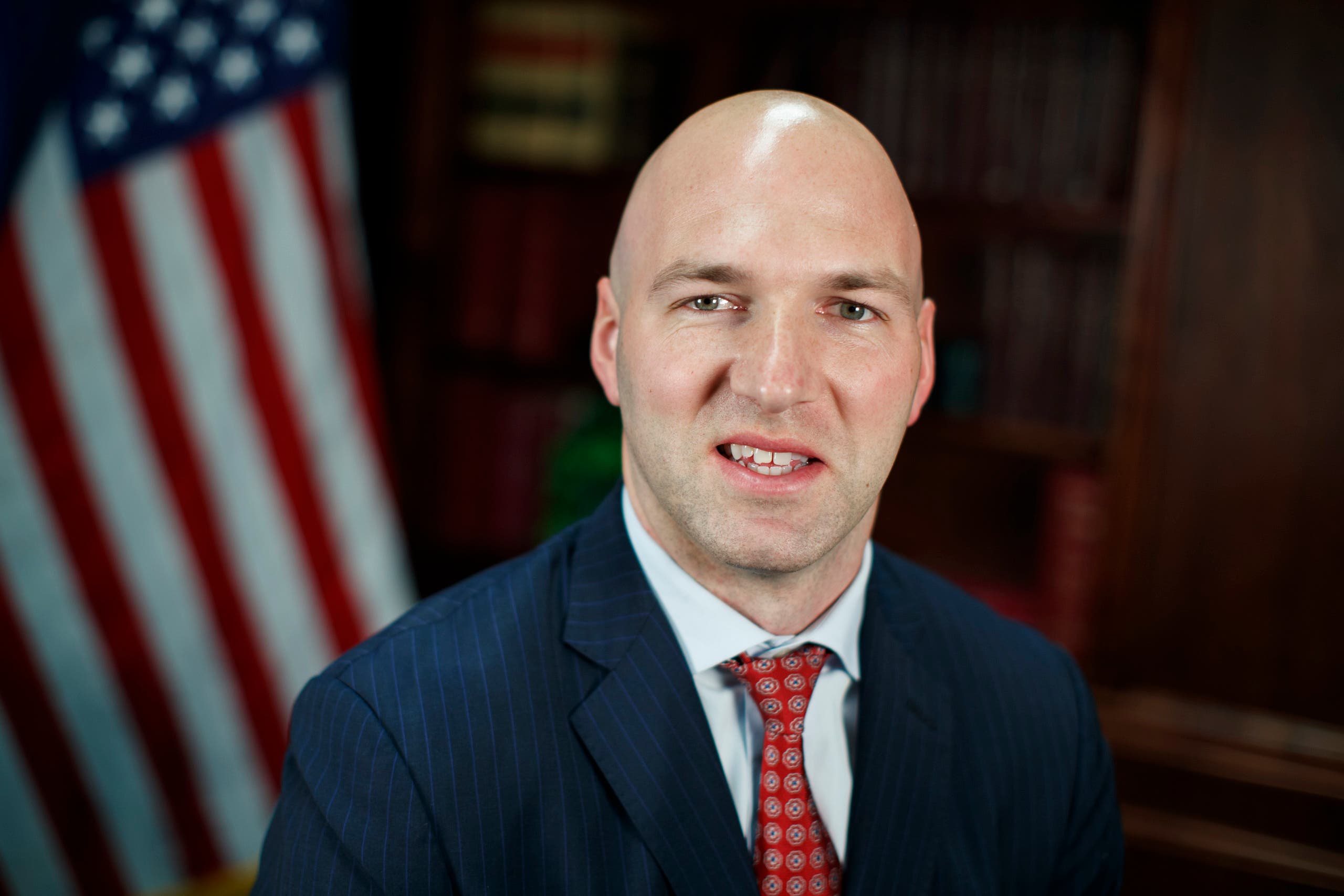 Rep.-elect Anthony Gonzalez, R-Ohio is photographed in a studio at the National Republican Congressional Committee offices in Washington. (AP)

In his statement, Republican Gonzalez of Ohio accused Trump of having “abandoned his post” amidst the violence that took place at the Capitol.

“When I consider the full scope of the event leading up to January 6th including the president’s lack of response as the United States Capitol was under attack, I am compelled to support impeachment,” he added.

He also argued that Trump’s failure to act during the riots only further endangered those present on the premises. He went on to describe the president’s actions as “fundamental threats” to democracy. 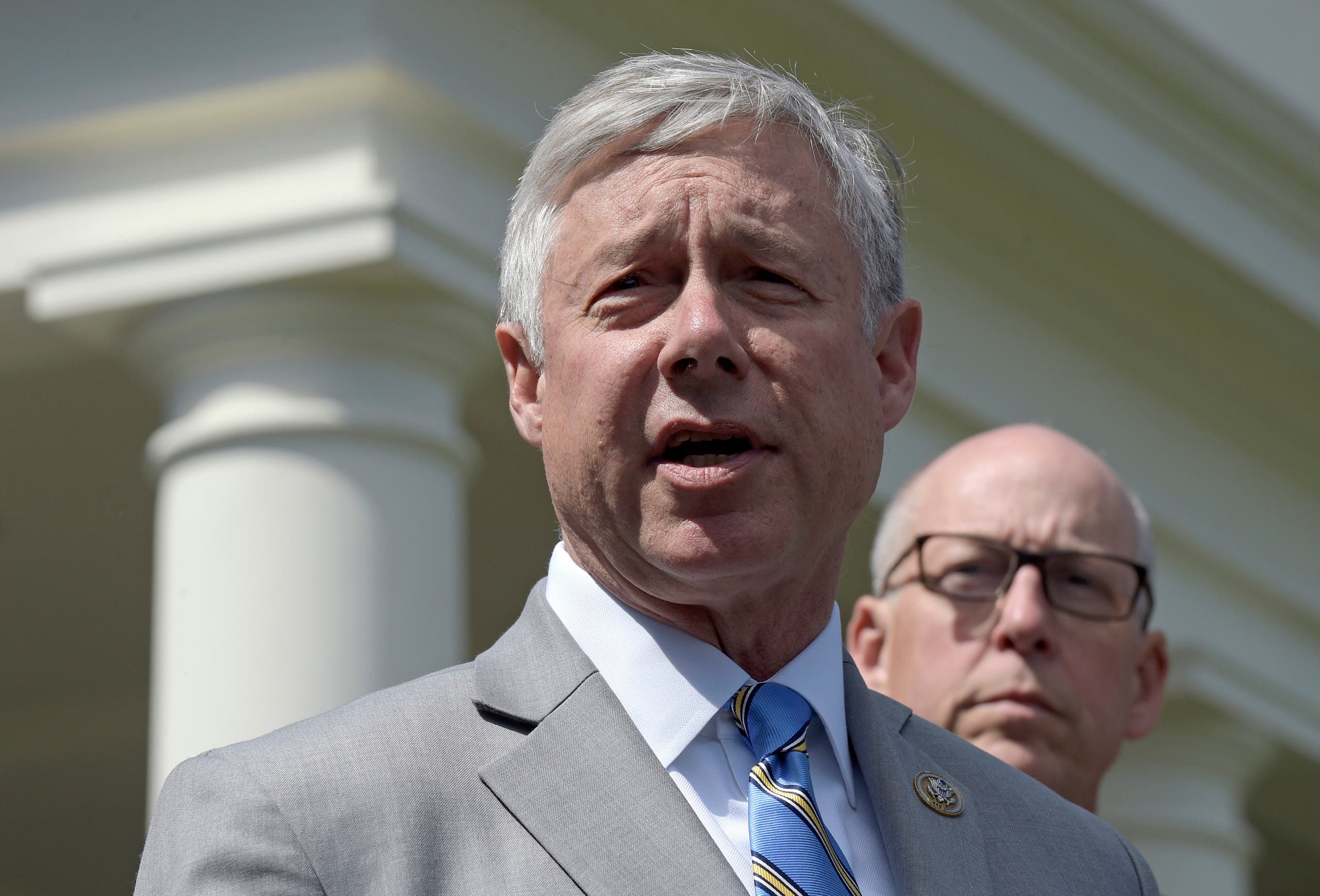 In November 2020, Upton stated that Trump showed no proof of his claims that his election defeat was the result of widespread fraud.

“The Congress must hold President Trump to account and send a clear message,” said Upton.

He also mentioned that a bipartisan, formal censure would have been preferably over impeachment, but that the president’s refusal to be held accountable for the riots left him no choice. 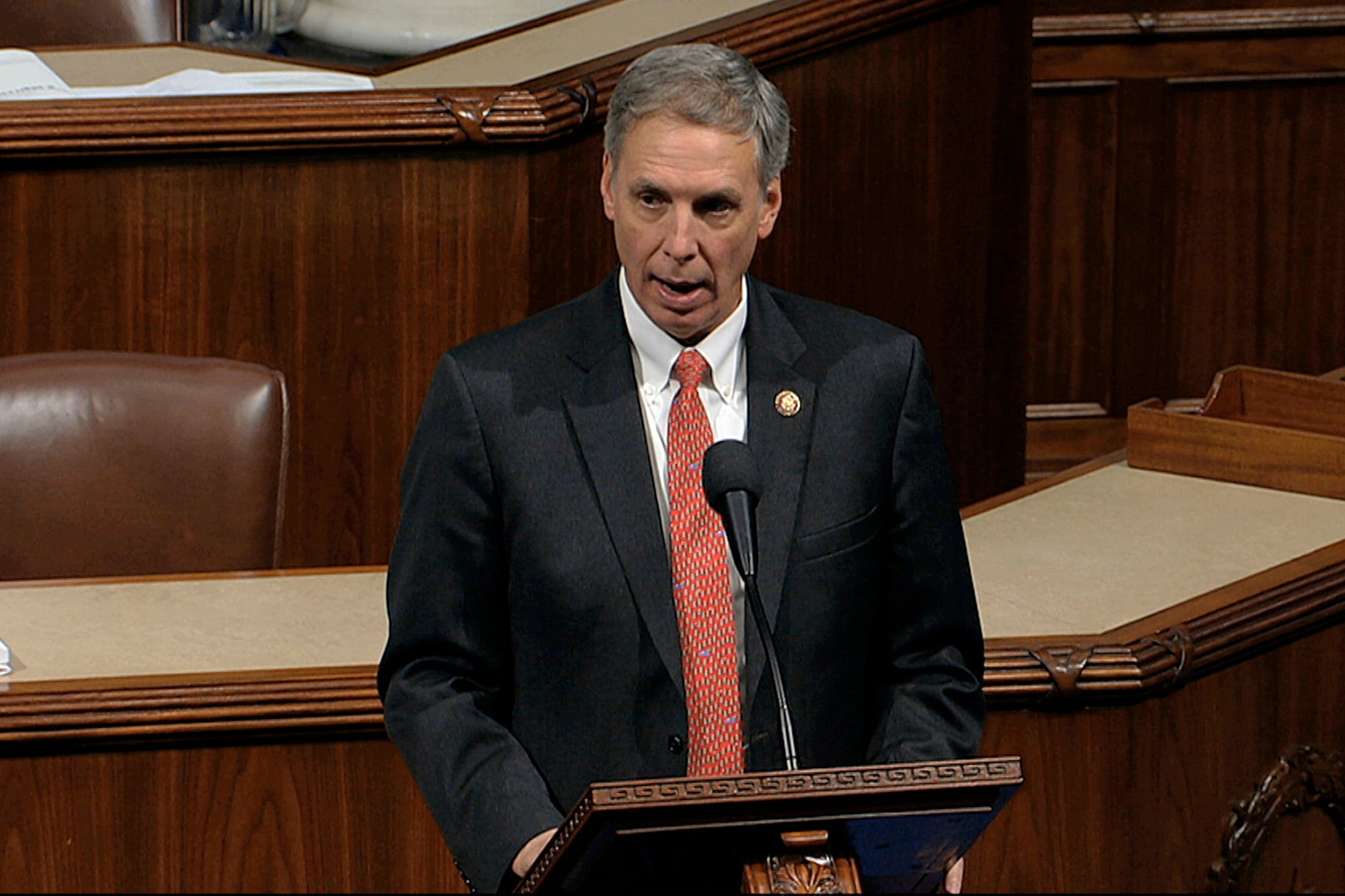 File photo, taken from video, Rep. Tom Rice, R-S.C., speaks as the House of Representatives debates the articles of impeachment against President Donald Trump at the Capitol in Washington. (File photo: AP)

Tom Rice’s coastal South Carolina district backed Trump strongly in the presidential election, and just last week Rice also voted to object the certification of electoral votes in Arizona and Pennsylvania in line with Trump’s wishes, making his vote for impeachment probably the most surprising of all.

“I have backed this president through thick and thin for four years. I’ve campaigned for him and voted for him twice. But this utter failure is inexcusable,” said Rice in a statement.

Rice then expressed his disappointment in Trump for his failure to show remorse over the insurrection or address the country to ask for calm. 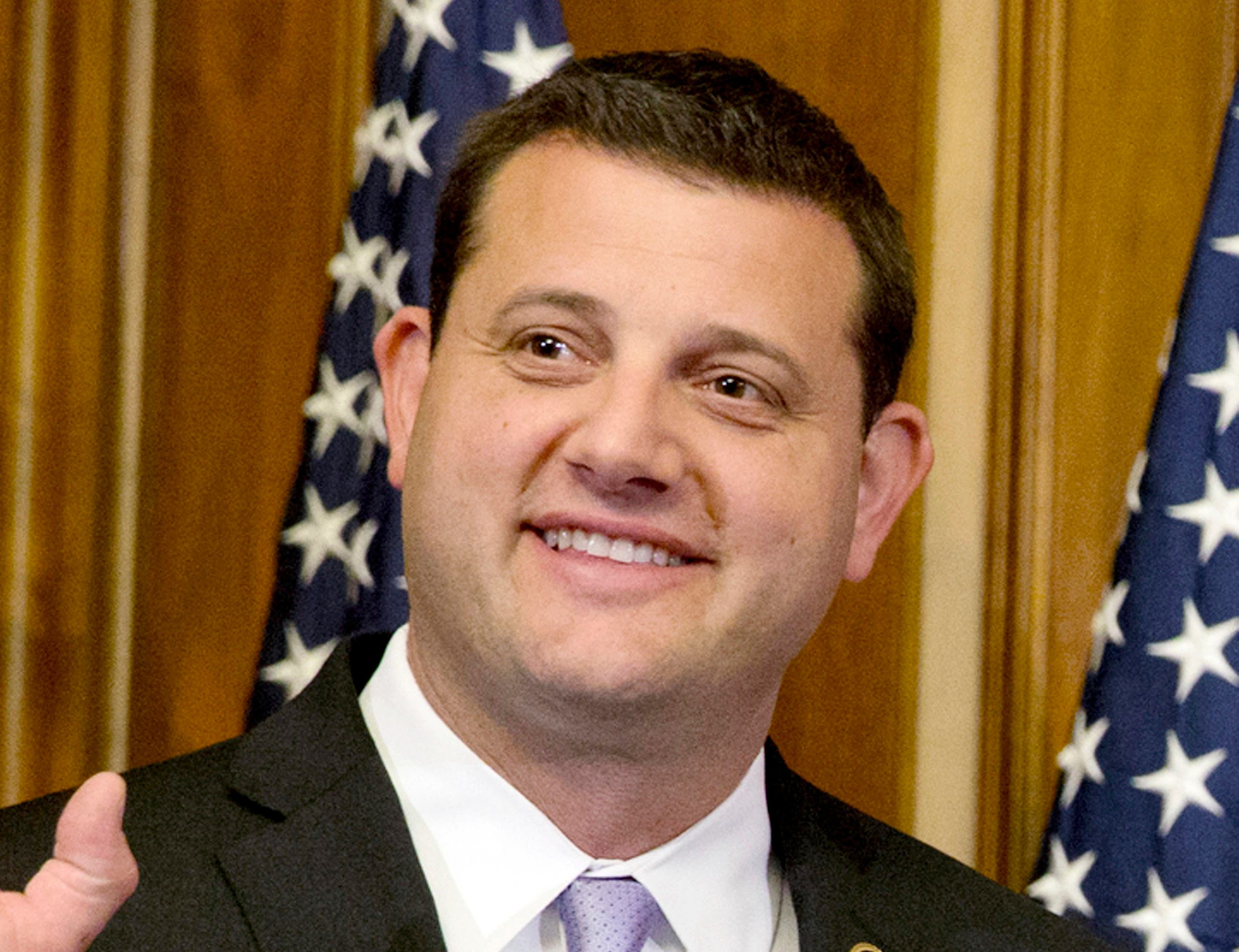 Rep. David Valadao, R-Calif., poses during a ceremonial re-enactment of his swearing-in ceremony in the Rayburn Room on Capitol Hill in Washington. (File photo: AP)

In November, David Valadao reclaimed his former seat from the Democrats.

“Based on the facts before me, I have to go with my gut and vote my conscience. I voted to impeach President Trump. His inciting rhetoric was un-American, abhorrent, and absolutely an impeachable offense. It’s time to put country over politics,” Tweeted Valadao on Wednesday.

He also tweeted that Trump was undoubtedly “a driving force in the catastrophic events that took place on January 6 by encouraging masses of rioters to incite violence on elected officials, staff members, and our representative democracy as a whole.” 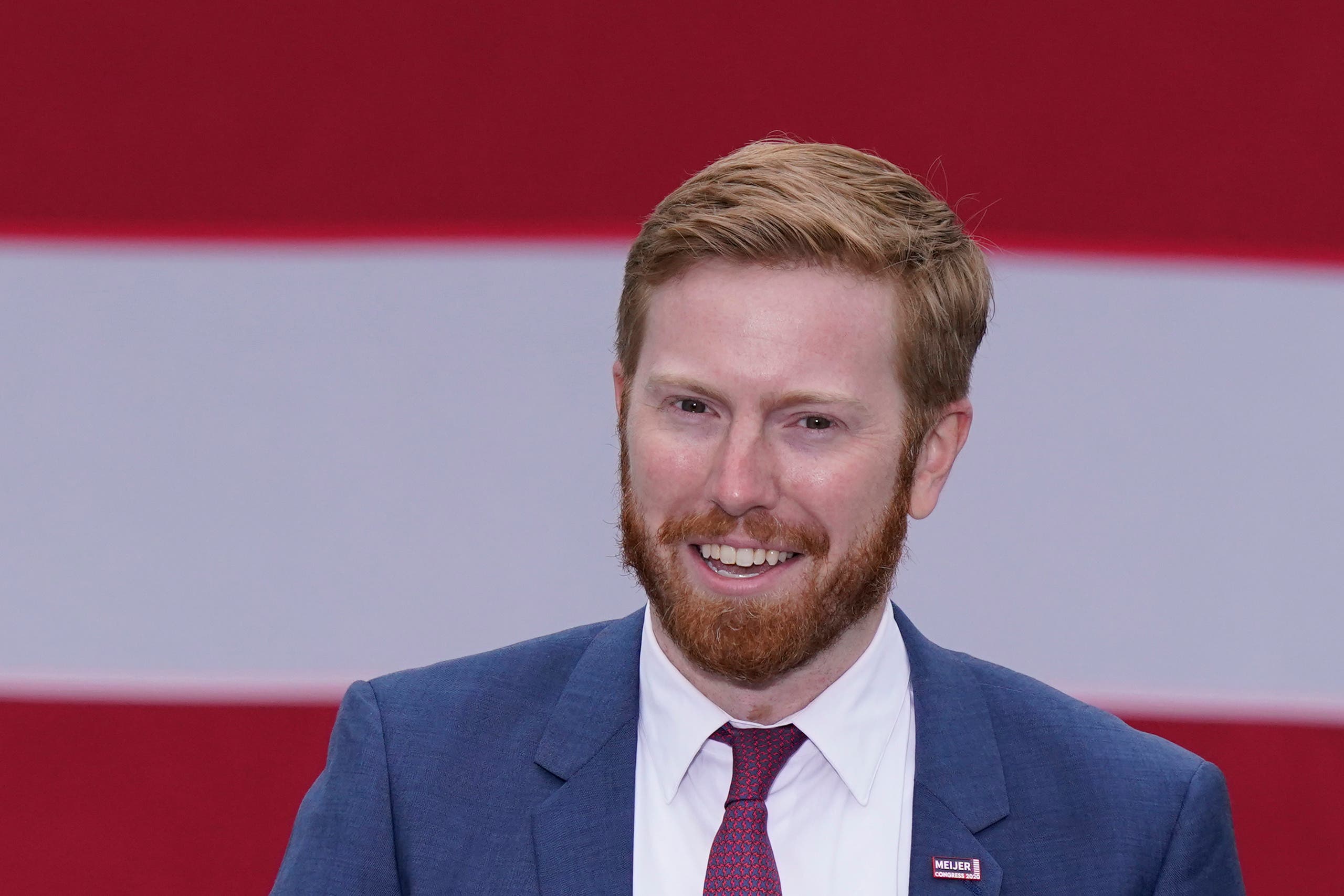 Congress freshman Peter Meijer of Michigan said that he was voting for impeachment with a “heavy heart”.

“The president betrayed his oath of office by seeking to undermine our constitutional process, and he bears responsibility for inciting the violent acts of insurrection last week,” he said in a statement. 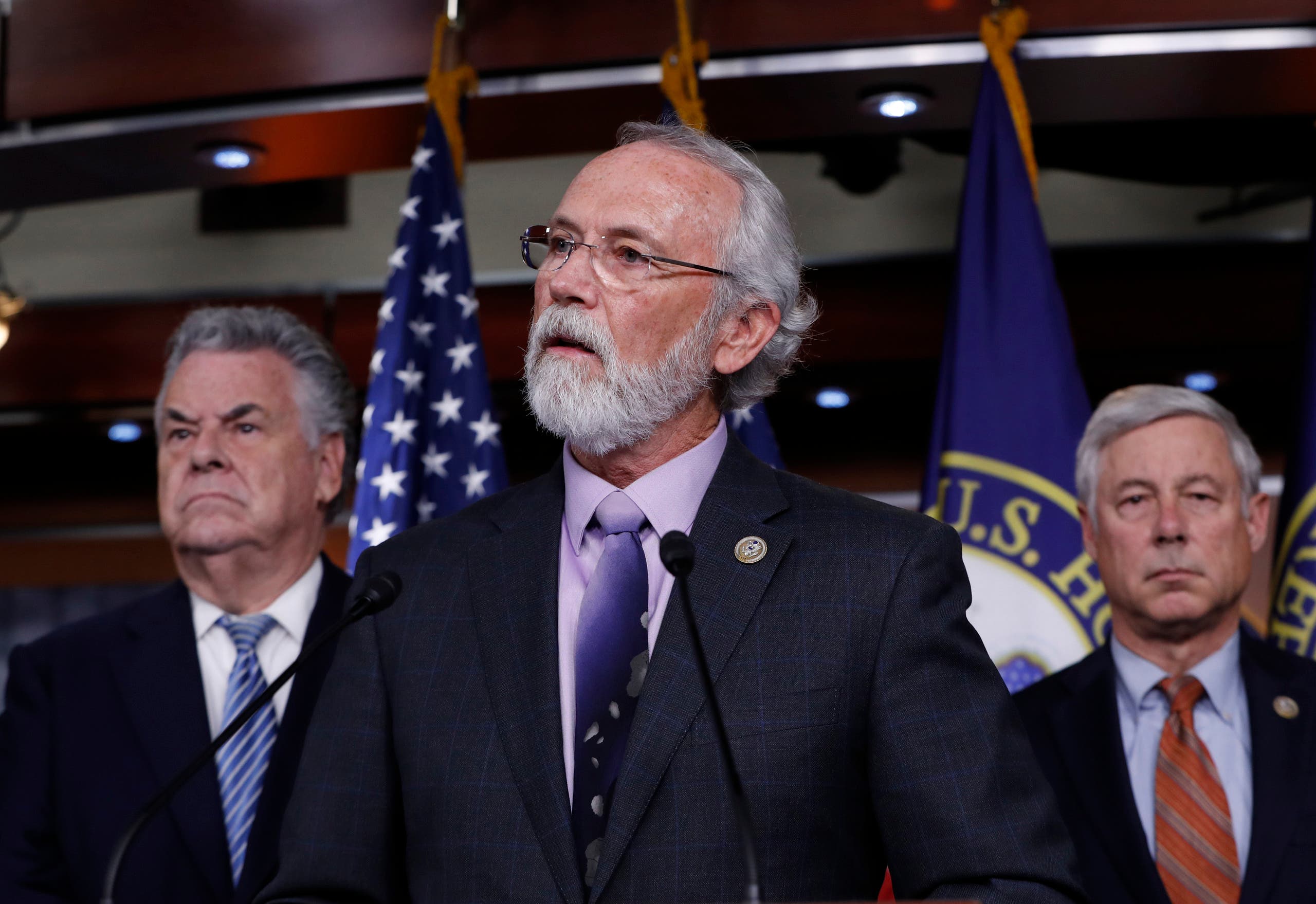 Dan Newhouse has represented Washington state’s 4th district since 2014 and announced his intention to impeach the president on the House floor during Wednesday’s debate to the applause of almost two dozen Democrats.

“There is no excuse for President Trump’s actions,” he said.