Heavy rain has battered thousands of displaced Syrians living in tents in the country’s opposition-held northwest in recent days, residents and the United Nations said Tuesday.

In the Maaret Misrin district of Idlib province, the makeshift tents of families displaced by war lay marooned in muddy puddles, an AFP correspondent said.

“Water has seeped into our tents and the women are trying to bail it out.”

Nearby, rescue workers from the White Helmets group worked with bulldozers to remove excess mud. 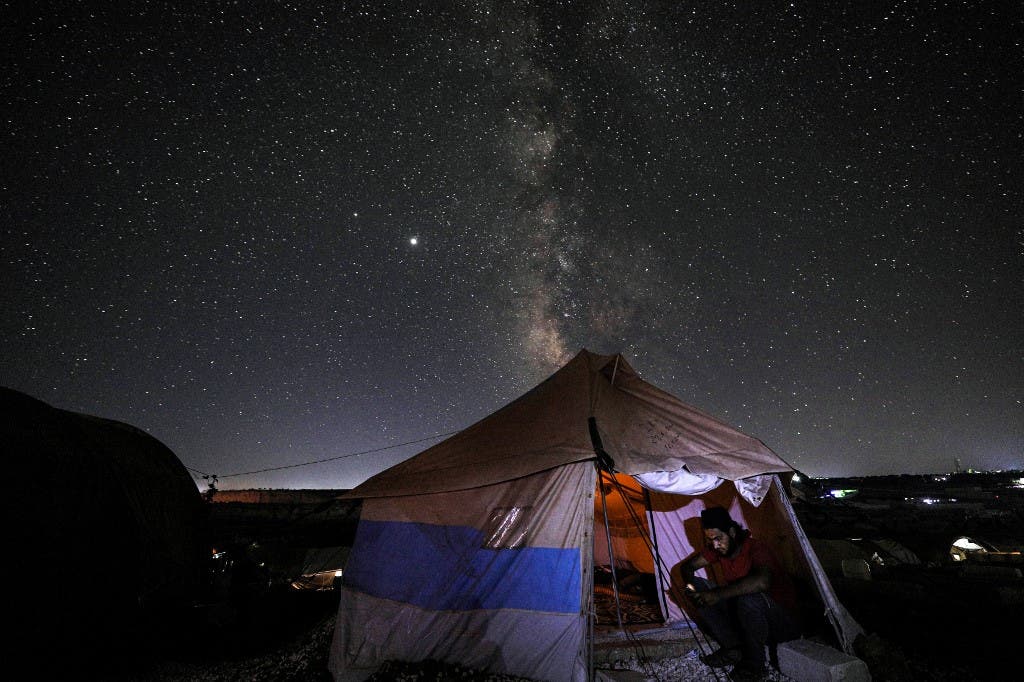 This long-exposure picture taken early on July 20, 2020, shows a man browsing a phone while seated at the entrance of a tent as the Milky Way galaxy rises in the sky above the Ahl al-Tah camp for displaced persons near the town of Maaret Misrin in Syria’s northwestern Idlib province. (AFP)

“The camp has turned into a lake, tents in it,” Mahmud al-Allawi, another resident, said.

“No words can describe our suffering,” the 24-year-old added.

On Sunday, in a camp in the Kafr Uruq area, some residents tried to sweep the mud from the entrance to their tents, the same reporter said.

Thick woolen blankets cast over some dwellings to keep out the cold were sopping wet.

The luckiest adults and children were wearing rubber boots, but others ran around in the puddles in light sportswear, trousers rolled up to the knee and open-toe plastic slip-ons.

“Miserable conditions in the flooded displacement camps in Idlib and other areas,” he wrote on social media on Tuesday.

“And more bad weather to come, with forecasts of snow and temperatures dropping to -3 degrees Celsius in the coming days.”

On Monday, he said at least 4,000 people in northwest Syria had been “severely affected when heavy rain and strong winds damaged or destroyed over 800 tents.” 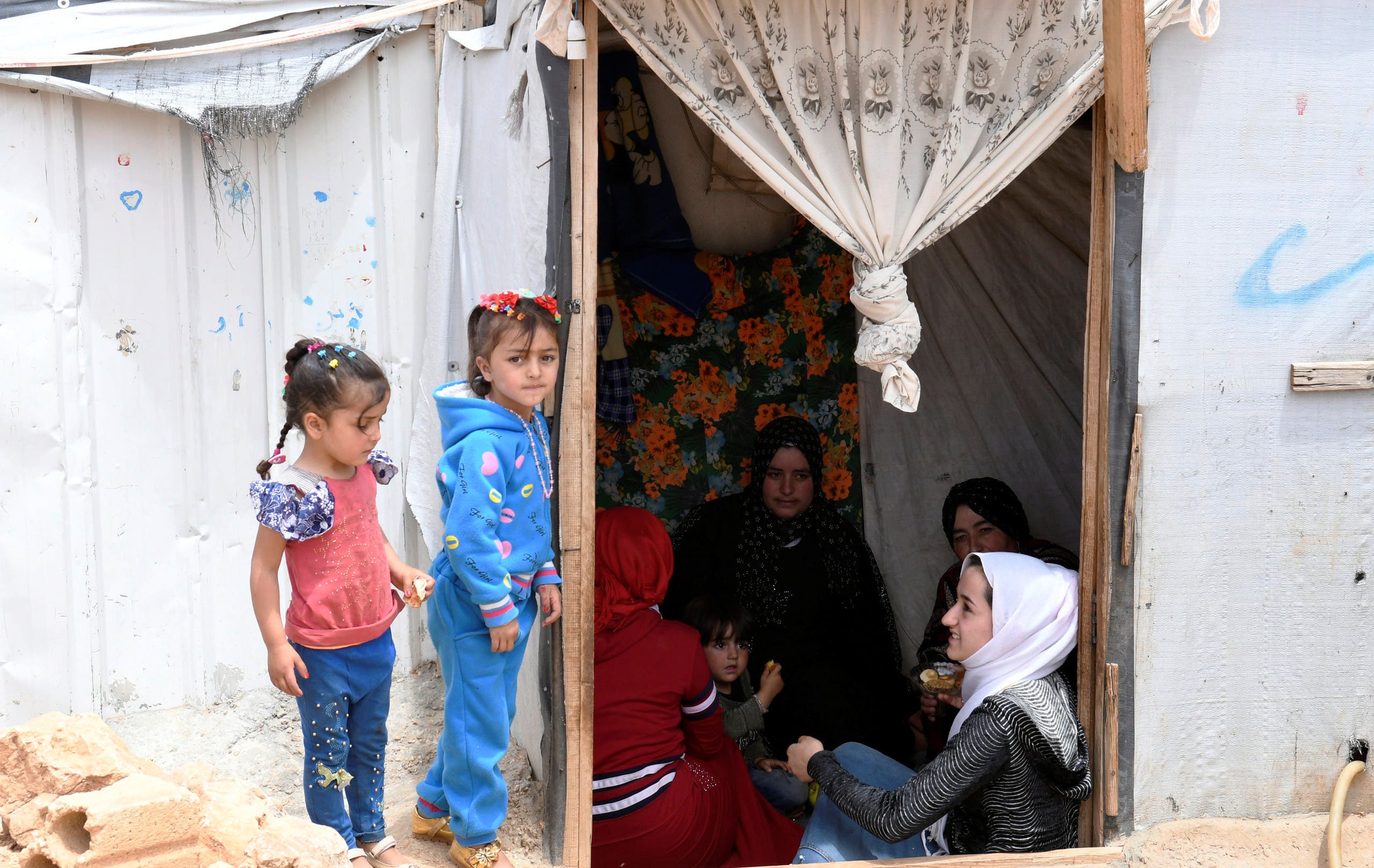 Syrian refugees sit together in a tent at the Lebanese border town of Arsal. (Reuters)

“Women in the camps told me about desperate conditions: everything drenched, people out in the open and unable to sleep at night,” he said.

Syria’s last major opposition bastion of Idlib is home to around three million inhabitants, around half of them displaced by military offensives across the country.

Among them are tens of thousands who fled a government offensive that whittled away at the south of the extremist-dominated region last winter.

Syria’s war has killed over 387,000 people and displaced millions since it started nearly 10 years ago.

France’s Macron to meet US President Biden at G20, hopes to ‘re-engage’