Frankie Grande pulled off the sweetest marriage proposal for his boyfriend Hale Leon on Tuesday night in Los Angeles, after two years of dating, according to People.

While discussing the ‘perfect, beautiful moment’ he got down on one knee, the 38-year-old YouTuber revealed his partner, 28, was ‘completely surprised’ and they ‘both started crying tears of joy.’

‘I have been working on proposing to him in virtual reality for over a year and it was ABSOLUTELY breathtaking for us both,’ the older brother of superstar Ariana Grande gushed.

He added: ‘I can’t wait for everyone to see the video! Omg! We are so happy!’

After months of planning with the company, the couple’s unique VR experience concluded virtual fireworks and a message, which read: ‘Will you marry me?’

They were surrounded by many of their loved ones, including his mother Joan and  Leon’s aunt Carolyn.

As for how they met, he recalled to the outlet that they fell in ‘love at first dance’ at ‘Oil Can Harry’s in the Valley’ in 2019.

‘I saw Hale he was dancing on the stage,’ he reflected. ‘He was performing for everybody. He loves to go to Oil Can Harry’s he knew all the dances, I was blown away.’ 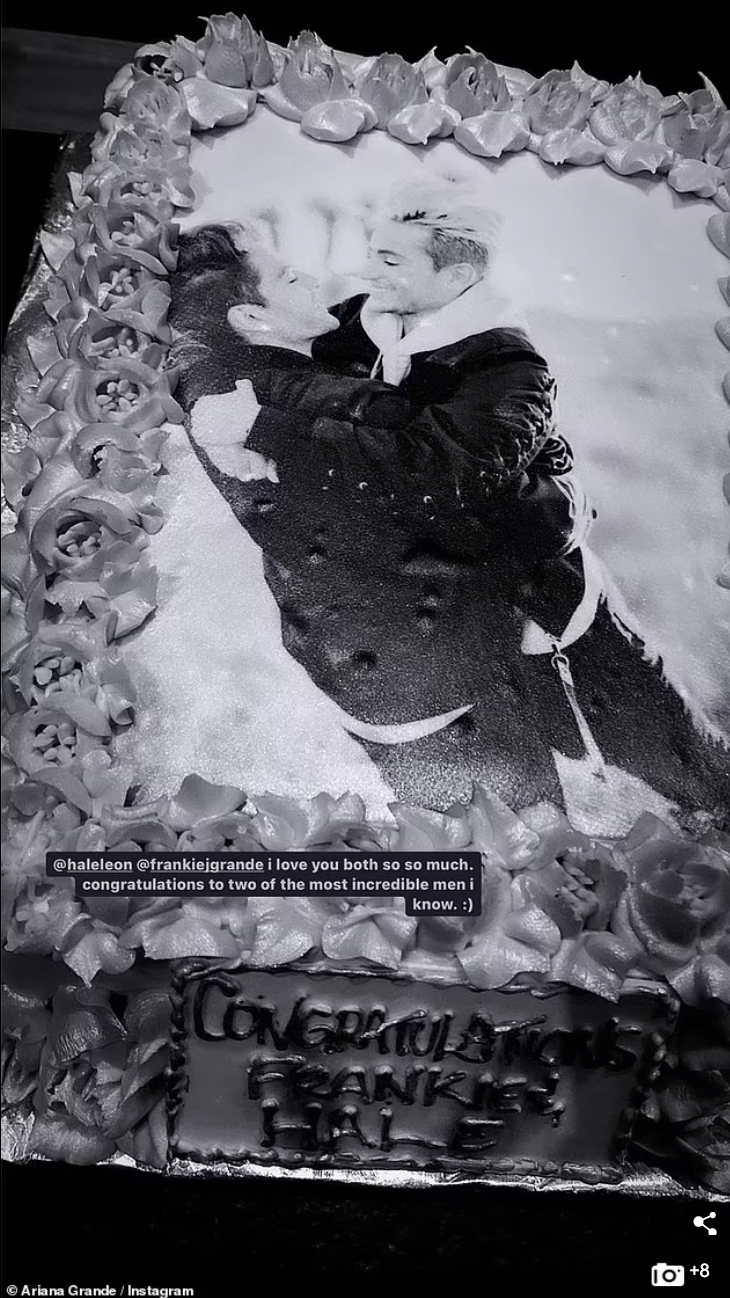 Grande continued: ‘I chased him down to meet him afterwards but he disappeared to fix his hair.’

In addition to winning Grande’s heart, Leon is already beloved by the star’s grandmother, Nonna.

After the news broke, Ariana posted a black and white photo of a cake with them on it with the caption, which read: ‘I love you both so so much. Congratulations to two of the most incredible men I know.’

Their engagement comes less than a month after his sister walked down the aisle with her husband Dalton Gomez after a little over a year of dating.

The Thank U, Next hitmaker tied the knot with Gomez in a low-key ceremony with just 20 guests at their Montecito, California home earlier this month.

It was a ‘personal high point’ for the 27-year-old singer who included her rescue dog, Toulouse, in her wedding.

According to Vogue, Ariana’s lily white, empire-waist column gown – which featured a sculpted neckline, exposed bra strap closure and plunging back – was the result of a ‘pact’ made between the pop star and the designer long before the hitmaker had even met her new husband.’

The publication reported: ‘At the Met gala a few years ago, Ariana and Vera had made a very important pact: On fashion’s biggest night, Vera promised that when the time came, she would create Ariana’s wedding-day look…and the iconic designer delivered.