Kuwaiti actress Haya Al Shuaibi’s name is trending on social media because of an obscene video she shared on her Snapchat account that is followed by millions of people.

Haya’s defense was that her account had been hacked and she was able to recover it later.

Most of the public stood by Haya’s side and emphasized that what happened was nothing but an attempt to discredit her after the fierce attack she was recently exposed to because of her alleged insult to Saudi Arabia. 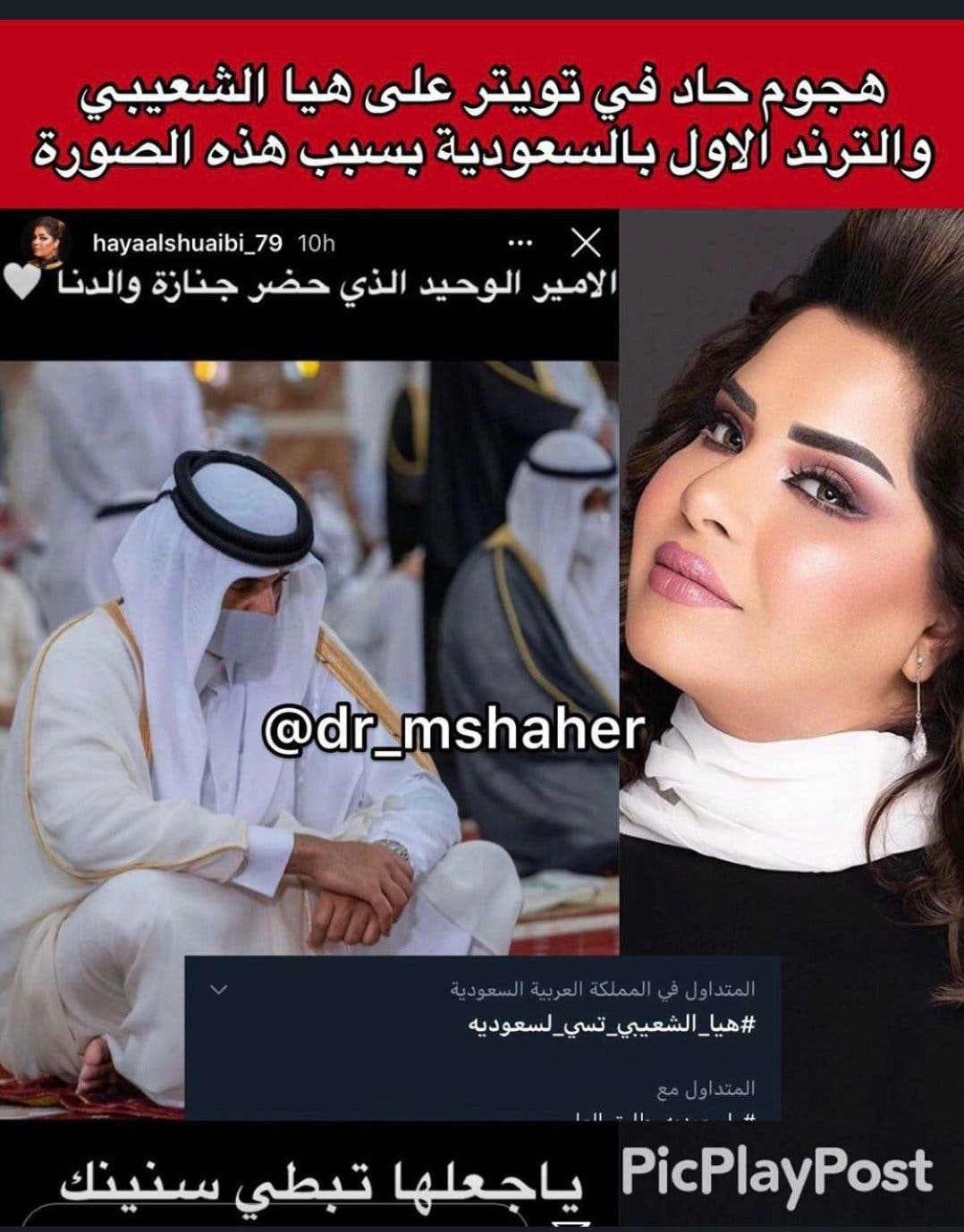 It started several days ago after the death of Kuwaiti Emir Sabah Al-Ahmad Al-Jaber Al-Sabah, as it was announced that the funeral would be limited to only a few due to the Coronavirus pandemic that is invading the world.

Haya Al Shuaibi shared a picture of the Emir of the State of Qatar, Tamim bin Hamad, while he was at the funeral of the deceased, and attached the comment “The only prince who attended the funeral of our father.”

Later on, she shared another old picture of the Emir of Qatar, accompanied by the late Sheikh, from an occasion was organized by the Saudi monarch, King Salman bin Abdul Aziz, as she cropped the Saudi monarch from the picture, and captioned it: “Oh God, he was a champion of truth, an enemy of the false, God have mercy on him.”

Haya’s behavior opened fire on her, and accusations to her reached the point of betraying the country which allegedly was the reason for her fame and success, Saudi Arabia, and also that she is trying to entrap the two countries even though she knows that the situation is tense between them.

In return, Haya shared a video and commented that the reason for her name to become trending is the public’s love for her, and that she is important because she kept everyone talking about her in one day.

The issue did not end here, after the severe attack on her, Al Shuaibi shared a post saying: “to the embassy to file a complaint.”

It was also rumored that a decision was passed preventing her from participating in any Saudi artistic project, and in the event of participation, the project will not be produced and will not be allowed to see the light.

Nancy Ajram Crisis Updates.. Is Her Husband Arrested? And How Many Bullets Found in the Thief’s Body?