The major Canadian province of Quebec, among the worst hit by the coronavirus, started gradually restarting its economy on Monday while Prime Minister Justin Trudeau maintained his cautious stance.

Quebec is allowing stores with an outside entrance for customers to reopen, but this does not apply to Montreal, Canada’s second-largest city, where retail establishments must wait until May 11.

Although Quebec makes up 24 percent of the Canadian population, it accounts for 54 percent of coronavirus cases and 60 percent of deaths. Canada has so far reported 60,000 positive diagnoses and 3,800 deaths.

Most Quebec cases have occurred in seniors’ residences and among the elderly, and the government of Premier Francois Legault says the time is right to start gradually lifting restrictions. He also says some schools will reopen this month.

Trudeau and senior medical health officials have repeatedly stressed any reopening efforts must be carried out carefully to head off a second wave of the virus.

The provinces have a large amount of control over their economies and healthcare systems, and Trudeau has so far not offered any criticism.

“If a province started to reopen and sadly saw an explosion in new cases, it would be up to that province to react. And I know the inhabitants of that province would certainly stress that they wanted to see a different approach,” he told reporters on Sunday.

Trudeau appeared uncertain when asked by public broadcaster Radio Canada whether he would allow his children to go back to school if he lived in Quebec.

He paused for a couple of seconds before replying “I don’t know”, while noting schools in Ontario – the most populous of Canada’s 10 provinces – were not going to reopen soon.

The exchange was part of an interview with Trudeau that was broadcast on Sunday night.

A Prayer For The People of Tigray!

Zimbabwe election violence: No closure for families two years on 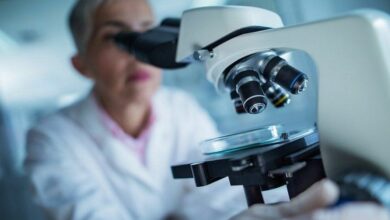