Syria’s President Bashar al-Assad met a delegation from Hamas on Wednesday, with the Palestinian militant group saying the meeting could help “turn the page” after shunning Damascus for a decade.

Hamas leaders publicly endorsed the 2011 Sunni street uprising against al-Assad’s rule and vacated their Damascus headquarters in 2012, a move that angered their common ally, Iran.

Normalizing ties with al-Assad could help restore Hamas’s inclusion in a so-called “axis of resistance” against Israel, which includes Iran and Lebanon’s Hezbollah, natural allies of al-Assad, whose Alwaite group is a Shia offshoot.

A small delegation visited al-Assad in Damascus on Wednesday “to turn all the pages of the past,” according to the head of delegation and Hamas politburo member Khalil Al-Hayya.

“We consider it a historic meeting and a new start for joint Syrian-Palestinian action,” Hayya told a press conference.

“We agreed with the president to move beyond the past.”

He said several factors had encouraged the rapprochement now, including Israel’s development of ties with other Arab countries.

“The Palestinian cause today needs an Arab supporter,” he said.

Hamas has already restored its ties to Iran, with party officials praising the Islamic Republic for its contribution to their Gaza arsenal of longer-range rockets, which they have used in fighting Israel.

It has eased into reconciliation with Syria more slowly, fearing a backlash from its mostly Sunni Muslim financiers and other supporters, given that most of the victims of al-Assad’s crackdown in Syria were Sunnis.

“I think most of the territories where Hamas is present began to narrow, including Turkey, and therefore, the movement wanted to find other ground, from which it can continue to operate,” Sawwaf told Reuters. 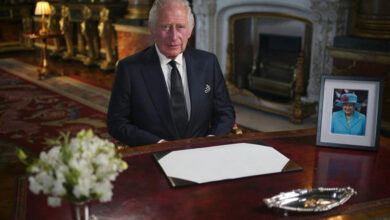