The upcoming adaptation of author Jessica Goodman’s bestselling murder mystery novel, ‘They Wish They Were Us’, will see the pop star take on a leading role and star alongside ‘Euphoria’ actress Sydney Sweeney.

The latter has already appeared on screen with Halsey in her music video for ‘Graveyard’.

The series will focus on Sydney’s character, prep student Jill Newman, who tries to uncover the truth behind her best friend Shaila’s death three years ago and believes her boyfriend, Graham Calloway, had something to do with it.

Halsey will play Rachel Calloway, an ex-member of The Players secret society, who are certain her brother didn’t kill Shaila.

Jill and Rachel are determined to found out exactly what happened on the night of the murder and if The Players society played a part.

As well as nabbing a leading role, Halsey will also be co-producing the series and she gushed that she’s “the luckiest girl in the world” to get to make her small screen debut alongside her “favourite” person, Sydney.

Alongside a series of professional photos of the pair to promote the show, the ‘Without Me’ hitmaker wrote on Instagram: “I am the luckiest girl in the world because I get to make my acting debut with my favorite human-being @sydney_sweeney , on a tv adaptation of an amazing book by @jessicagoodman , to be written/adapted + directed by one of the greatest @annabelleattanasio and wildest of all I will also be a PRODUCER on the series with some of my idols JEAN-MARC VALLÉE + NATHAN ROSS @crazyrosefilms with Sydney’s Fifty-Fifty Films @fiftyfiftyfilms ! You guys are gonna fall in love with The Players Table. I simply cannot wait…. photos by @samdameshek (sic)”

Halsey previously made a brief cameo in 2018’s ‘A Star Is Born’, in which she played a music awards show presenter. 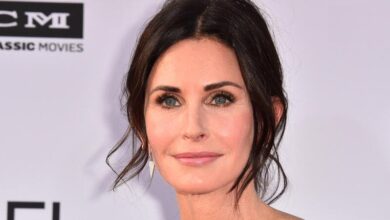 Rym Ghezali Dies After a Long Battle With Cancer.. Her Sister Selma Breaks in Tears Announcing the Sad News (Video) 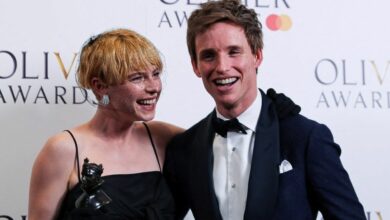