Halsey was hit by rubber bullets and “gassed repeatedly” while protesting in Los Angeles.

The 25-year-old singer insisted those in Los Angeles who took to the streets following the death of George Floyd – who passed away following his arrest by police outside a shop in Minneapolis, Minnesota, after an officer knelt on his neck – were protesting peacefully and not moving over a boundary but that didn’t stop cops from allegedly responding excessively.

Alongside a series of black and white images taken at the protest, including one of police holding batons, she wrote on her Instagram Story: “we were peaceful hands up no tmoving not breaching the line. they opened fire of rubber bullets and tear gas multiple times on us. citizens who were not provoking them,.

“most of us were simply begging them to have empathy. to reconsider. to consider humanity and our nations history and future.

“They opened fire multiple times. I was hit twice. Once by pellets and once by shrapnel. We were gassed repeatedly for hours.”
Halsey urged her followers to “have courage” and promised to be back to protest again.

The ‘Without Me’ hitmaker later cleared up confusion and confirmed she had not been arrested during the protests, but urged her fans to donate to help cover the cost of bail for those who were.

She tweeted: “I WAS NOT ARRESTED.

“Im safe. There were ppl I had to get to safety as many of them have VISAs. Myself + many of my peers were shot, gassed + antagonized. The frontline was calm + did not provoke
“BUT MANY ARE NOT SAFE + MANY ARE IN CUSTODY
“DONATE TO BAIL ORGS!!! I AM CURRENTLY (sic)”

Halsey also urged those with medical training to support the protesters after she had to intervene to help those injured.

She wrote: “I dont know how to articulate the horrors of today. “NG + officers firing rounds into kneeling crowds. We dont have enough medics on the ground on our side. I was treating injuries I am not qualified to. So much blood spilled. If you have med training pls go + standby outskirts.

“And if you’re a white ally who is gonna stand and shout and antagonize the officers and NG and then hide behind black bodies when the shots start firing, f**k you. You couldnt understand a shred of the bravery of the black folks at the front line. Thank you to everyone who stayed.

‘Insecure’ actor Kendrick Sampson also shared his experience of being hit by rubber bullets at the protest.
Showing off the injuries to his arm and chest, he said: “Y’all ain’t see no police f*****g up white folks when they took guns to the statehouse.

“We came up here with no weapons, with masks. And we’re the ones who are not peaceful.”

Police officer Derek Chauvin was sacked after footage emerged of him kneeling on Floyd’s neck, and he’s subsequently been charged with murder. 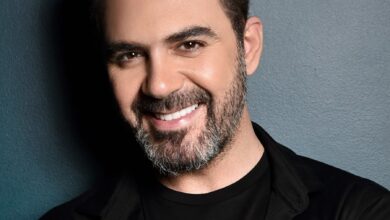