Haiti’s interim government says it has requested that the United Nations and the United States send troops to help secure key infrastructure after the assassination of President Jovenel Moise plunged the country into turmoil.

A letter from the prime minister’s office to the UN offices dated July 7 – the day Moise was shot dead at his home – said the aim was “to support the efforts of the national police aiming to reestablish security and public order in the whole territory”. The 15-member UN Security Council would need to authorise a deployment of UN peacekeepers or police to Haiti.

“We definitely need assistance and we’ve asked our international partners for help,” interim Prime Minister Claude Joseph told The Associated Press news agency in a phone interview late on Friday. “We believe our partners can assist the national police in resolving the situation.”

The request comes as the interim government tries to stabilise the country and prepare the way for elections in the aftermath of Moise’s assassination.

“We thought that the mercenaries could destroy some infrastructure to create chaos in the country,” Mathias Pierre, Haiti’s elections minister, told the AFP news agency.

But Washington has so far given no indication it will provide military assistance. For now, it only plans to send FBI officials to assist with the ongoing investigation into a crime that has pitched Haiti, a country already racked by gaping poverty and gang violence, into a destabilising battle for power and constitutional standoff.

On Friday, a group of lawmakers declared loyalty and recognised Joseph Lambert, the head of Haiti’s dismantled senate, as provisional president in a direct challenge to the interim government’s authority. They also recognised Prime Minister Ariel Henry, whom Moise had selected to replace Joseph a day before he was killed but who had not yet taken office or formed a government.

Joseph, the interim prime minister, expressed dismay that others would try to take advantage of Moise’s murder for political gain. “I’m not interested in a power struggle,” said Joseph, who assumed leadership with the backing of police and the military. “There’s only one way people can become president in Haiti. And that’s through elections.”

Police in Haiti said the assassination was carried out by a commando unit of 26 Colombian and two Haitian-American mercenaries. The two Haitian Americans were identified as James Solages, 35, and Joseph Vincent, 55, both from Florida.

Seventeen of the men were captured – including Solages and Vincent – after a gun battle with Haitian authorities in Petionville, a hillside suburb of the capital, Port-au-Prince, where Moise resided.

Three others were killed and eight remain at large, according to Haitian police. Authorities are hunting for the masterminds of the operation, they said.

A judge investigating the case told Reuters news agency that Moise was found lying on his back on the floor of his bedroom, with 12 bullet wounds and his left eye pushed in. The front door of the residence was covered in bullet holes and had been forced open, while other rooms were ransacked. 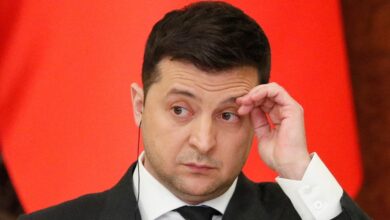 Turkey signals compromise with US over Russian S-400 missiles