Ahmed Abo Hashima, who is the former husband of Lebanese singer Haifa Wehbe, posted a picture on Instagram Stories, where he was holding a hand of a mistress’s wearing a huge diamond ring.

Followers speculated that it was Yasmine Sabri’s hand, and that Abo Hashima proposed to her with a 200k dollars diamond ring, especially after she posted a video bragging that she got engaged wearing the same ring. 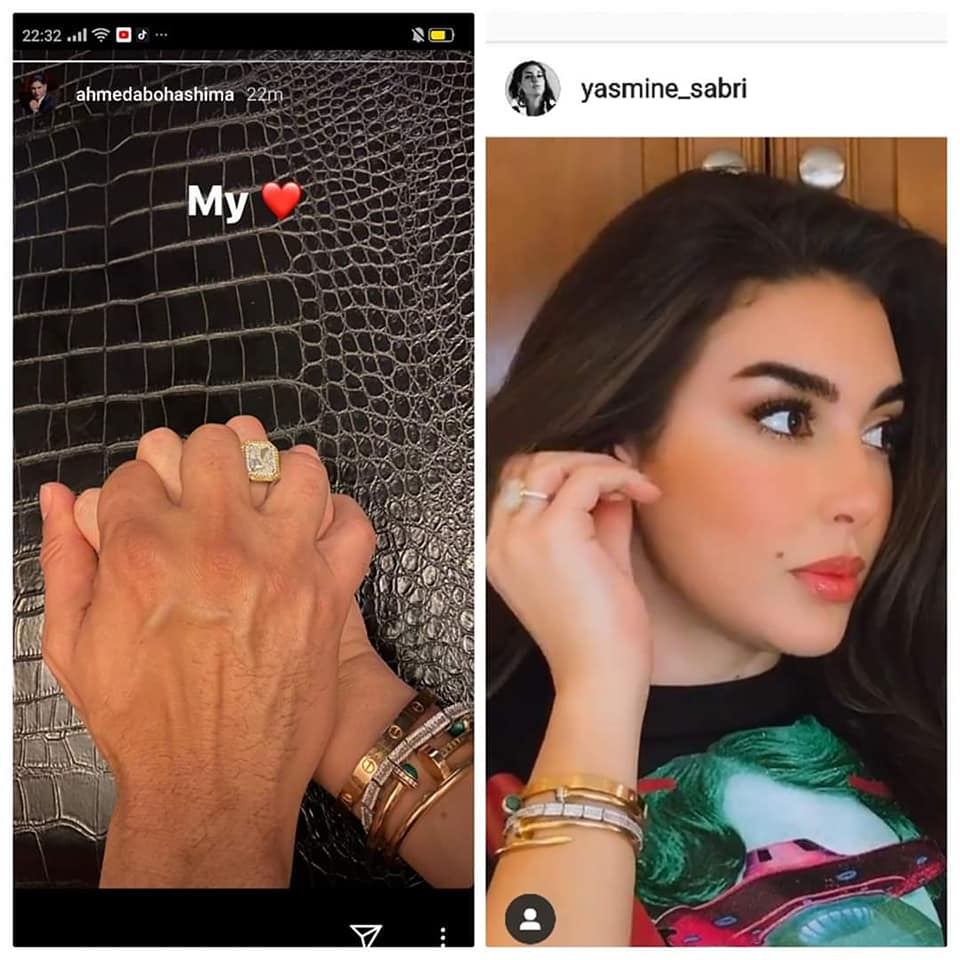 A source close to Ahmed Abo Hashima confirmed in a private statement that the engagement had officially taken place during the past few days in one a private setting, and the attendees were limited to duo’ family and close friends. The wedding, however, is planned to be held next summer at one of Cairo’s luxurious venues, according to the same statement.