Dendias was in the country to meet with Saleh, who is the head of the Eastern-based Libyan parliament.

The parliament supports the Libyan National Army (LNA) in its conflict with the Tripoli-based Government of National Accord (GNA), which is backed by Turkey.

Turkey has sent thousands of Syrian mercenaries to the country and helped the GNA lift the siege of Tripoli, putting the LNA-controlled city of Sirte under threat.

The GNA and Turkey have signed a controversial maritime agreement that gives Ankara drilling rights over vast swathes of the Eastern Mediterrenean.

Greece, Cyprus, Egypt and the EU have all condemned the deal.

Biden could strike a deal with Iran, but US law poses obstacles at home 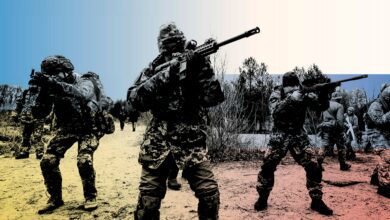 ‘Monkeypox’ no more: WHO to use new preferred term ‘mpox’