A Greek appeal court on Tuesday sentenced two 18-year-old Afghan asylum seekers to four years in prison for starting a fire that burnt down a camp holding thousands of migrants on Lesbos island.

The ruling reduced their jail time from five years to four for good conduct.

Both were still minors when the Moria facility was reduced to ashes by two consecutive blazes on September 8 and 9, 2020.

Defense lawyer Vicky Angelidou said after the appeal that the court on Lesbos should have cut in half the original sentence handed down in March 2021.

She claimed there was a “flagrant lack of credible evidence put forward against them.”

The lawyer told AFP that no attenuating circumstances were taken into account, despite the pair being minors at the time of the fire.

In June 2021, a court on the island of Chios gave four other Afghan refugees 10-year sentences for their part in the destruction on Lesbos.

Tension was running high at the overcrowded Moria facility that housed 13,000 migrants behind barbed wire, Europe’s largest such site at the time.

In the days following the blazes, several Afghan asylum-seekers were arrested on suspicion of setting the fires to protest about quarantine rules imposed on migrants who caught COVID-19.

The 18-year-old Afghans were to be returned to Athens’ Avlona detention center for minors where they have been held since September 19, 2020.

US will impose sanctions on Iran over conventional arms, metals industry: Sources 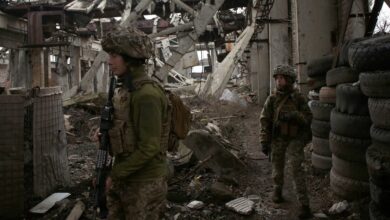