The European Union said it will scrutinize Google and Apple Inc.’s proposed contact-tracing technology to ensure it meets the bloc’s new standards governing the deployment of Covid-19 apps.

Officials from member states and the EU’s executive arm will “seek clarifications on the solution proposed by Google and Apple,” the European Commission said on Thursday as it issued guidelines aimed at making the various virus-tracking apps interoperable.

Alphabet Inc.’s Google and Apple late last week announced they would add technology to their platforms to alert users if they have come into contact with a person with the coronavirus. While the system is voluntary, it has the potential to monitor about a third of the world’s population.

In a video-conference earlier this week with Google CEO Sundar Pichai and YouTube CEO Susan Wojcicki, EU Industry Commissioner Thierry Breton “insisted on the need for all digital actors to develop apps to trace the spread of the virus in full respect of the privacy of individuals and ensuring interoperability and security of communications,” the EU said.

Mobile apps should be voluntary, approved by national health authorities, preserve users’ privacy and should be dismantled as soon as they are no longer needed, the EU said in its new guidelines, which are part of a broader effort to coordinate exit strategies among member states when they slowly lift existing lock-down measures. Authorities hope to draw on contact tracing apps to facilitate that process.

Researchers say such apps need to be adopted widely in order to be helpful in tracking the virus. The proliferation of various solutions – sometimes within the same country – could undermine those efforts if they are incompatible with each other and users are forced to choose which app they want to provide their data to.

A Google spokesman said the company had “a good meeting with Commissioner Breton” in which the officials updated him on the recently announced efforts with Apple around contact tracing, “which are designed to be opt-in and to have the highest privacy and security standards.”

While Apple and Google have defended the privacy of their system, saying users’ names and locations would not be shared or stored, some experts have said the system may be vulnerable to spoofing, with people entering false test results.

Google and Apple have come under fire from Brussels before, primarily over allegations the tech giants have abused their market power. Google is also the subject of probes by data protection regulators in Europe on concerns the way it process user data could violate the bloc’s tough privacy rules. Apple has largely been praised by privacy advocates over the design of its systems. 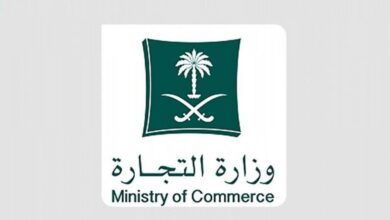