The head of the UN nuclear watchdog said on Tuesday “good words” from Iran are not enough to satisfy international inspectors and he hopes Tehran is ready to be transparent about its nuclear program, which was “moving ahead very, very fast”.

International Atomic Energy Agency chief Rafael Grossi spoke when asked about the IAEA’s role in monitoring any revival of Iran’s 2015 nuclear deal with world powers under which it curbed its nuclear program in return for economic sanctions relief.

Iran and the United States have so far failed to resurrect the deal and Grossi said Iran must grant IAEA inspectors access “commensurate to the size” of its uranium enrichment program if the agency is to credibly assure that it is peaceful.

“When it comes to nuclear, good words will not do it. What you need to do is to be transparent and compliant and work with us. We are ready and I hope they will be as well,” Grossi told reporters at the United Nations.

“They have a very ambitious nuclear program that needs to be verified in the appropriate way. The program is moving ahead very, very fast and not only ahead, but sideways as well, because it’s growing in ambition and in capacity.”

On Monday, Iran’s nuclear energy organisation chief said it had the technical capability to produce an atomic bomb but no intention of doing so.

Iran is already enriching uranium to up to 60 percent fissile purity, far above a cap of 3.67 percent set under the now tattered 2015 deal. Uranium enriched to 90 percent is suitable for a nuclear bomb. 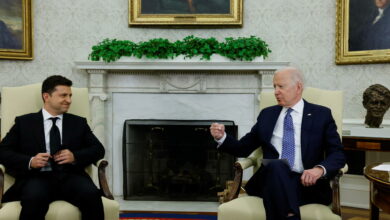