The outlook for significant global housing markets looks subdued, with high unemployment from the coronavirus pandemic and lockdowns and low immigration the biggest hurdles over the coming year, according to a majority of analysts polled by the Reuters news agency.

With several risks still at play, house prices in Australia, India, Dubai, Britain, Canada and the United States were forecast to fall this year and next under a worst-case health and economic scenario.

The coronavirus has killed more than 480,000 people worldwide, infected about 9.3 million and left many millions jobless. It has also pushed the global economy into a deep recession with the rebound expected to be slow and long as the pandemic still spreads in stages.

The slump has come despite an unprecedented amount of fiscal and monetary stimulus, sparking a rally in stock markets from late-March troughs, along with steady reopenings of many economies from lockdown.

While average home prices in a few countries polled were forecast to rise this year or next or both, fears of a prolonged drop in transaction activity increased in the June 9-24 global poll of more than 100 property market experts compared with just three months ago.

“Our general view is that prices across most major markets will fall, probably around 5 percent … and in some it could be more significant,” said Liam Bailey, global head of research at property consultancy Knight Frank in London. 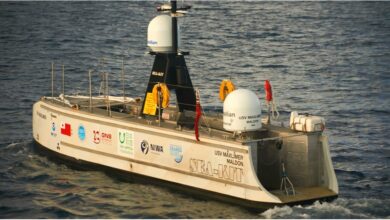 Aqaba Was One of The Centers of Metal-Making – German Archaeologist A Golden Turtle is Not a Fantasy Anymore!