The 24-year-old model had been listed as one of the possible 12 people or six alternates set to decide the disgraced movie mogul’s fate but she’s now been dismissed as a potential panel member for the rape and sexual assault case.

After questioning on Thursday (16.01.20), lawyers for both the defence and prosecution agreed having her on the jury would cause too much of a commotion and she was dropped from the list.

Gigi had previously confirmed she had met both the 67-year-old producer and potential witness Salma Hayek before but had insisted she could still judge the case impartially and without prejudice.”
She told the judge: “I think I’m still able to keep an open mind on the facts.”

Of 120 potential jurors who passed pre-screening tests, seven people were selected to serve on Thursday.

When screening began, over a third of potential jurors admitted they didn’t feel they could be impartial if they were asked to serve on the high profile case.

In the courtroom, Justice James Burke admitted the producer’s notoriety made it unlikely that any potential juror would not have heard of the allegations against him, but insisted that didn’t necessarily mean they would be disqualified from sitting.

He said: “This case has picked up a bit of press coverage so there might not be many of you who have not heard of the name Harvey Weinstein.

“I must tell you that having heard of [Weinstein] and even being familiar with the allegations against him… are not by themselves disqualifying and does not mean that you are not permitted to sit as a juror in this case.

“That alone does not necessarily disqualify you, so long as you keep in mind that the jurors in this case will be deciding the case based on what they hear inside the courtroom regardless of what the press or anyone else has said about the case outside the courtroom.”

He has denied all the allegations against him. 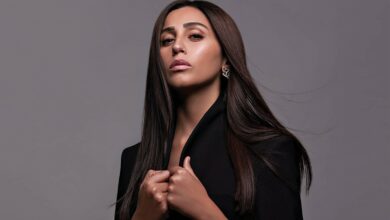