A giant ‘All Black Lives Matter’ murial has been painted on Hollywood Boulevard as protests continue in the wake of George Floyd’s death.

The words were painted in a rainbow of colors near the famous TCL Chinese and Dolby theaters on Saturday.

The painting was made to honour black LGBTQ community members during the 50th anniversary of the first Pride celebration.

The words were painted in bright colors to represent the diversity of the LGBTQ community including colors in the Rainbow flag and Transgender Pride Flag.

The LA Pride march and festival, which was due to be held yesterday, was forced to be cancelled due to the coronavirus pandemic.

Instead, All Black Lives Matter protesters marched on Hollywood Boulevard yesterday to express their solidarity with the LGBT community. Protesters standing against racism and police brutality held signs with the LGBT flag during the event.

The demonstrators were also honoring Tony McDade, a black transgender man killed by Tallahassee, Florida police on May 27.

June is LGBT pride month in the US.

Hollywood Boulevard has seen numerous mass protests against police brutality over the past two weeks, including a 200,000-strong crowd last Sunday.

By midday yesterday, the crowd had swelled onto Hollywood Boulevard in a protest planned by black LGBTQ leaders and organization.

‘The protest is in direct response to racial injustice, systemic racism, and all forms of oppression,’ the events website states.

‘The LGBTQ+ community must extend its support to unite against oppression, police brutality, racism, transphobia, and the many other disparities disproportionately impacting the Black community.’

The protest came a week after a 200,000-strong crowd gathered in the same spot to demonstrate against the death of George Floyd in Minneapolis last month.

Floyd’s death at the hands of police officers during an arrest has sparked global unrest and a renewed debate around racism.

He was arrested on a charge of passing a counterfeit $20 bill at a grocery store on May 25 and died after Derek Chauvin, a white police officer, pressed his knee to Floyd’s neck for nearly nine minutes during the arrest. 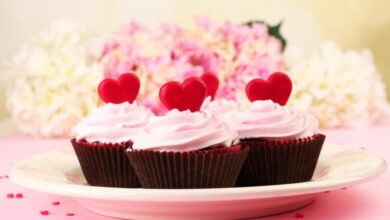 ‘Beirut 6:07’: Tribute to The Victims and Survivors of The Port Explosion