“Your case for going to America was withdrawn,” the refugee from Myanmar’s Karen minority recalled hearing. “If there are other countries for you, we will tell you.”

In an instant, his 10-year journey towards resettlement in the United States and his dream of a new life were over.

The call was from the United Nations High Commissioner for Refugees (UNHCR), the organisation tasked with supporting the millions of people forced to flee their home countries because of persecution, war or violence.

UNHCR considers resettlement to a third country such as the United States the last of three long-term solutions; to be considered only when voluntary repatriation or integration into the country to which the refugees have fled are impossible. Fewer than one percent of people recognised by the UNHCR as refugees are resettled to a third country each year.

For decades, the US took more refugees for resettlement each year than any other country, but under the Donald Trump administration, this is no longer the case, and for people from Myanmar, the situation was compounded on January 31 when Trump’s travel ban was extended to six more countries, including the Southeast Asian nation.

No longer welcome
Although refugees are exempted from the executive order, which went into effect on February 21 and bars the entry of Myanmar nationals into the US as immigrants, it has added to a sense among refugees that they are no longer welcome.

The order may also affect the ability of naturalised refugees to apply for residence for family members overseas, according to Danielle Grigsby, Interim Director of the Refugee Council USA.

“While refugees aren’t directly impacted [by the order], there has been a correlation between the bans coming down and a precipitous dip in arrivals from people in these regions,” she said. “The current administration is using all mechanisms available to stop the flow of people needing protection and chip away at the refugee resettlement programme until it’s just barely hanging on.”

Malaysia has long been a transit hub for refugees even though it is not a signatory to the UN Convention on Refugees, and those who flee to the country risk detention as ‘illegal’ migrants.

As of December 2019, of the nearly 180,000 refugees and asylum-seekers registered with UNHCR in Malaysia, more than 150,000 were from Myanmar. This number does not include the undocumented or those with pending applications. 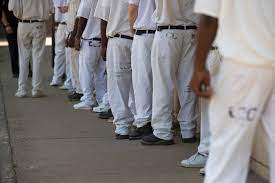 All US federal prisons on lockdown after deadly Texas brawl