Peace talks for Afghanistan have not made sufficient progress to allow a withdrawal of foreign troops, German Defense Minister Annegret Kramp-Karrenbauer said on Wednesday ahead of a virtual meeting with her NATO counterparts.

NATO defense ministers will discuss on Thursday whether the Taliban is making good on a separate 2020 peace deal with the United States, which called for militants to curb attacks and for foreign troops to withdraw by May 1.

Washington is currently reviewing this deal.

“This (lack of progress in peace talks) means we will have to prepare for a changing security situation and a rising threat to both international troops and our own soldiers,” Kramp-Karrenbauer said in a statement.

Germany has contributed some 1,100 soldiers to NATO’s mission, which numbers 9,600 personnel in total, training and assisting Afghan forces. The mission also includes some 2,500 US military personnel.

Many fear that progress during two decades of foreign intervention in Afghanistan could quickly unravel in the event of NATO’s forces withdrawing, threatening gains in areas from women’s rights to democracy.

In her statement, Kramp-Karrenbauer echoed comments by NATO Secretary-General Jens Stoltenberg, who said on Monday the Taliban must do more to meet the terms of the 2020 peace agreement with the United States.

Attacks in Afghanistan, including a bomb that killed the deputy governor of the capital Kabul in December, have prompted members of the US Congress and international rights groups to call for a delay to the pullout agreed under former President Donald Trump. 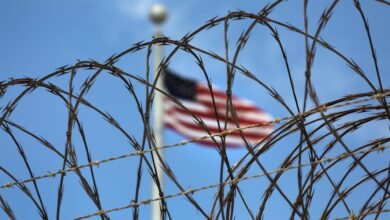 Why Lebanon’s president refuses an international investigation into Beirut explosions

China lags behind vaccination goal, but says it aims to have 40pct inoculated by June