The brother of George Floyd called on the United Nations on Wednesday to set up an independent commission to investigate the killings of African Americans by police.

“I am my brother’s keeper,” said Philonise Floyd, whose brother was killed in Minneapolis, Minnesota, on May 25 by a white police officer who knelt on his neck for nearly nine minutes.

“That could have been me,” Floyd told an urgent debate on racism and police brutality called at the UN Human Rights Council in Geneva.

“You, at the United Nations, are your brothers and sisters keepers in America, and you have the power to help us get justice for my brother… I’m asking you to help him,” Floyd said in an emotional video message.

Floyd’s death sparked a wave of nationwide protests in the United States and beyond for racial justice and police reform. 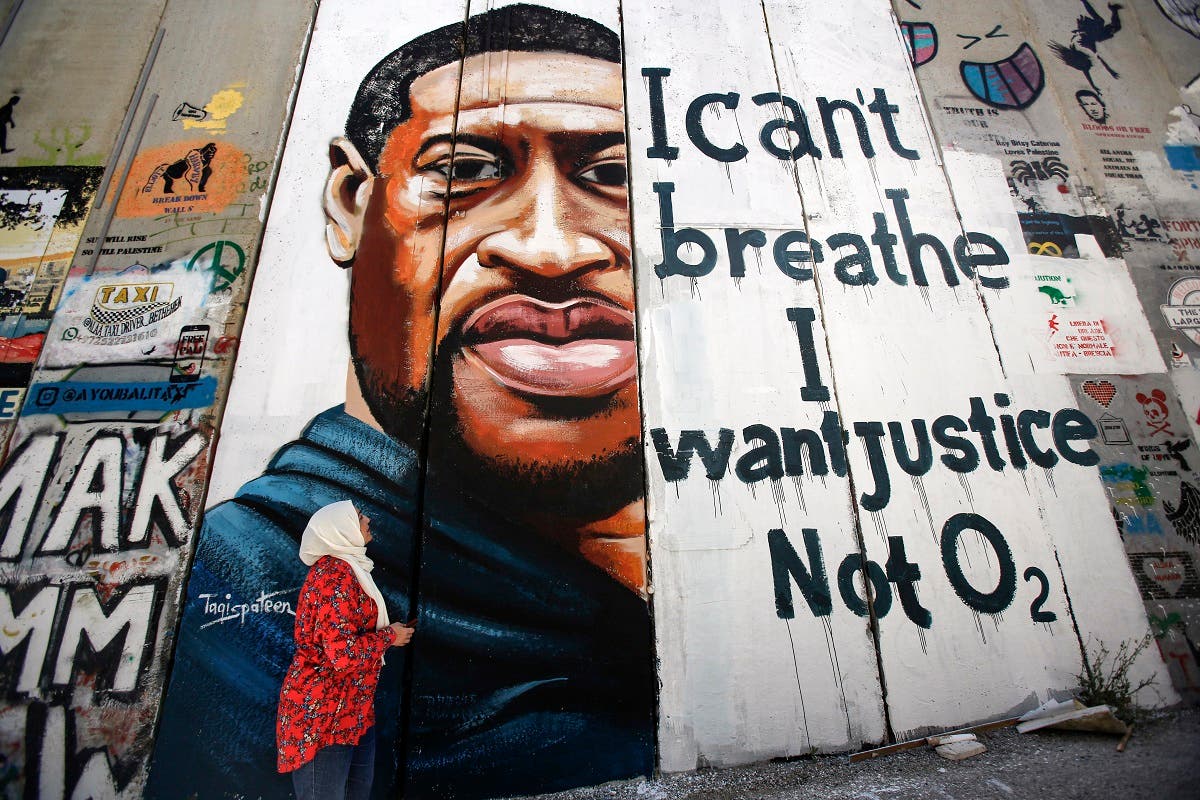 A woman looks at a mural showing the face of George Floyd painted on a section of Israel’s controversial separation barrier in the city of Bethlehem in the occupied West Bank on June 10, 2020. (AFP)

“When people dared to raise their voice and protest for my brother they were tear-gassed, run over with police vehicles,” he said.

“When people raise their voices to protest the treatment of black people in America they are silenced. They are shot and killed,” he added.

Floyd said his brother “is one of the many black men and women that have been murdered by police.”

“The sad truth is that the case is not unique,” he said. “The way you saw my brother tortured and murdered on camera is the way black people are treated by police in America.”

Pompeo says al-Qaeda’s ‘new home base’ is Iran, with no evidence