The Leader of Lebanese Forces party Samir Geagea said on Thursday the military court should listen to Hezbollah’s chief Hassan Nasrallah’s statement about last week’s violence in Beirut before they question him.

A judicial official said earlier that Geagea has been summoned for questioning about last week’s events after a protest organised by Hezbollah and its ally Amal to demand the judge investigating the Beirut blast, Tarek Bitar, be removed, turned violent.

Fadi Akiki, a representative of the military court, had “instructed the army intelligence to summon Geagea and take his statement based on information provided by arrested LF members,” a judicial official said according to AFP.

Geagea said in a TV interview that if the military court would ask him, he would happily give a statement on the condition that they “listen to Nasrallah” before him.

“For one small reason, the Lebanese Forces party, since the end of the civil war, has committed no violations,” Geagea added, pointing that his party is registered with ministry of interior, unlike Hezbollah.

Tensions over the investigation into the Beirut blast that rocked the country in August 2020 ignited street violence in the capital last week, leading to the death of seven Shias. It was the worst street violence in over a decade.

Nasrallah accused the Lebanese Forces on Monay of seeking to ignite a “civil war”, demanded there be an investigation into the events of last Thursday and threatened to take action if the judiciary did not.

The powerful Shia militia’s leader also revealed for the first time that the group had 100,000 armed and trained fighters.

“Nasrallah’s speech was a poisonous gift, full of fallacies and rumors that are not based on any truth. I consider the events of Ain al-Remmaneh an ominous event that cost us many wounded and victims in the suburb,” Geagea said.

“I don’t know who fired the first bullet, but I know that the first four injured fell in Ain al-Remmaneh and that is settled,” Geagea added.

He said Hezbollah was the real greatest threat to Lebanon and added that his party had no fighters. “We have 30,000 or 35,000 partisans who are quite visible and present inside and outside Lebanon.” 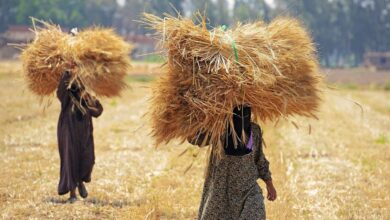 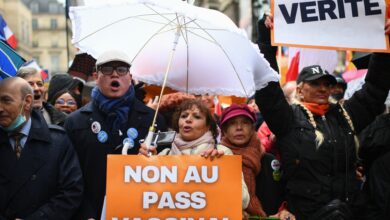 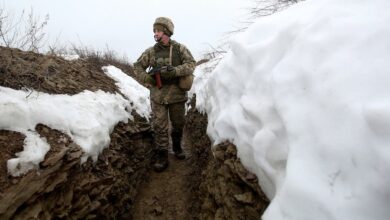 Russian and UK defense ministers to meet over Ukraine