The agreement has been welcomed internationally, with the US, UK, and Norway praising it in a joint statement on Monday.

On Tuesday, a statement by GCC Secretary-General Dr. Nayef Falah M. Al Hajraf also welcomed the statement, stressing that it was an important step to realizing the ambitions of the Sudanese people for stability, development, and prosperity, reported the UAE’s official Emirates News Agency (WAM).

Dr. Al Hajraf also affirmed the GCC’s continuous support for Sudan’s security and stability based on historic relations between the GCC and Sudan, according to WAM.

The GCC is made up of Saudi Arabia, Bahrain, Kuwait, Qatar, Oman, and the United Arab Emirates. 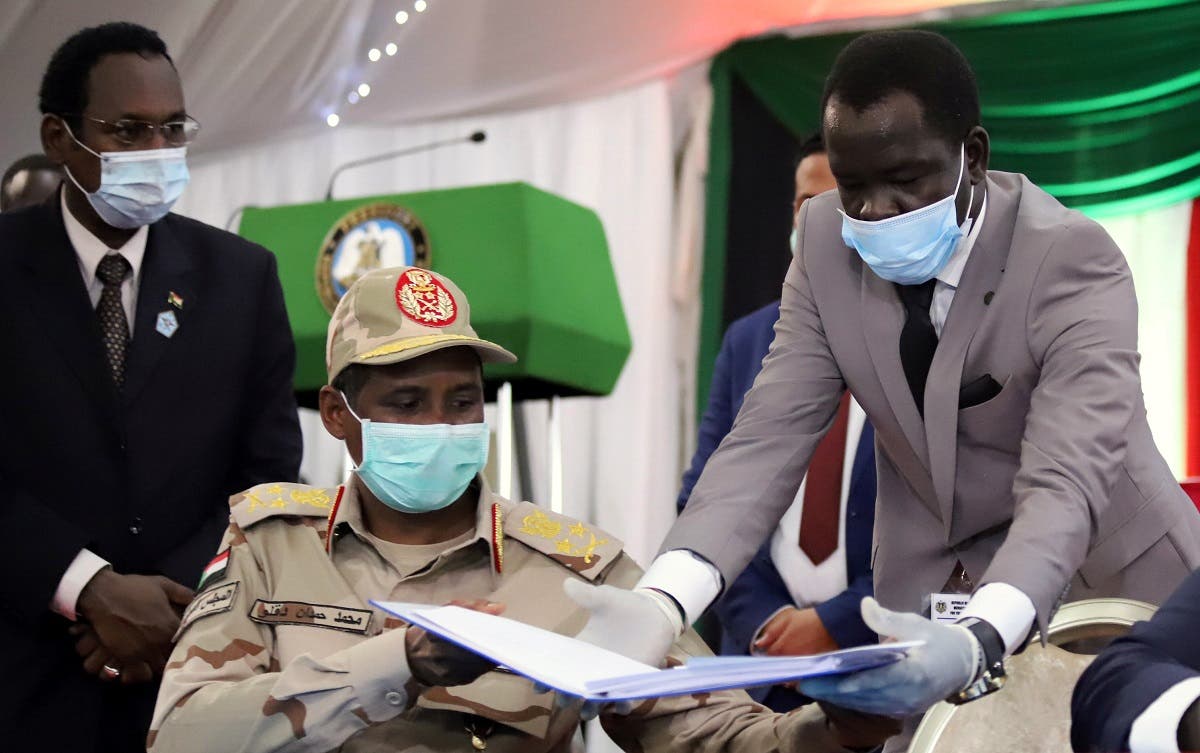 The leaders of five Sudanese groups signed the deal, including four from Darfur, where more than 300,000 people are estimated to have been killed and 2.5 million displaced since 2003, and one from southern regions which say they were also marginalized.

But two major factions, one from Darfur and one from the south, did not sign and the cash-strapped transitional government will struggle to pay for the return of millions of displaced people and regional development promised in the deal.

“The main challenge facing us now is the implementation of the peace agreement, and finding donations to do that,” Jibril Ibrahim, leader of Darfur’s Justice and Equality Movement (JEM), said after he and the other rebel leaders signed the agreement.

Corruption and brutal state repression meant Sudan, a nation of 42 million people, has been riven by regional conflicts for decades. The crisis intensified after its oil-rich south became independent in 2011, beginning a slow economic decline that fueled the protests which pushed Bashir from power last year.

WHO demands more data on coronavirus from Mideast states