The destruction of a rare bookstore selling English books isn’t the worst tragedy to hit Gaza this week. But for its people, it is a manifestation of a multidimensional war that disconnects besieged Palestinians from the world.

Hanya Aljamal couldn’t help crying while leafing through the pages of one of the last books she picked up from Samir Mansour bookstore in Gaza on her last visit a month ago.

Among all the books that helped her to endure the Palestinian strip’s 14-year siege, Man’s Search for Meaning stood out as a spiritual guide on how to survive harrowing circumstances. In the case of the book’s author, Viktor Frankl, it was the mass murder of six million Jews, the Holocaust, that took away his parents and his wife to concentration camps.

“Nothing in the world makes this okay, no possible reason can,” Aljamal, a 24-year-old translator and writer, thought to herself while reading the book.

Almost a month later, Samir Mansour Library, the only bookstore where she could pick up an English copy of Frankl’s book in Gaza, was to be destroyed by an Israeli air strike. As her friends sent pictures of the books buried in the rubble on May 18, Aljamal wept again – this time fearing that her sadness was invalid as people were dying all over the densely populated territory.

This wasn’t the first tragedy in Gaza in the last ten days, of course. The loud rockets that keep Aljamal up at night have wiped out entire families, including 67 children.

Recalling the book, Aljamal sobs in a voice note sent to TRT World, “I think about what’s happening to us right now and I think this is not okay too.”

Every destruction leaves another mark. “You never get used to it,” she says.

On top of the killings, the destruction of the Samir Mansour bookstore, which housed the largest English collection of literature in Gaza, makes her think that it’s a manifestation of Israel’s multidimensional war that takes aim at making Gaza even more isolated. 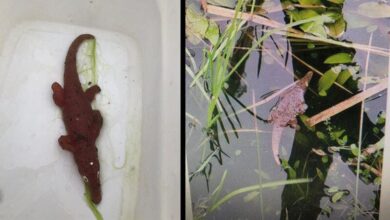