The accusation that Saudi Arabia’s Crown Prince Mohammed bin Salman hacked into the cellphone of Amazon founder and Washington Post owner Jeff Bezos came under increased scrutiny by US media outlets on Saturday in the light of growing evidence that the breach of his privacy actually originated from his girlfriend.

The claim of a Saudi phone hack, swiftly denied by the Saudi government, was made in a report by Washington-based consultancy FTI Consulting two months ago which concluded with “medium to high confidence” that Bezos’s iPhone X was compromised via malware they allege originated from a video sent by the Crown Prince to Bezos on May 1, 2018.

The FTI report was picked up by two UN special rapporteurs who released a statement on Wednesday that they were “gravely concerned” by its findings, which formed the basis of an exclusive story published by the Guardian that was then embraced by US media outlets.

But under scrutiny, the “hack” report story soon began to crumble. First, almost as soon as the UN report was issued, cyber security experts published comments on Twitter raising doubts about the accuracy of the report, pointing to the lack of actual evidence of malware in the report and raising concerns about FTI’s methodology.

On Thursday, the Associated Press published a timeline of the claims, assessing that the report was “not at all” conclusive. Then CNN, which previously ran a report that called the hack a “revelation” and tied it to the Crown Prince’s reputation, acknowledged that “the criticism, including from several high-profile and respected researchers, highlights the limits of a report produced by FTI Consulting, the company Bezos hired to investigate the matter.”

Even the Washington Post, which is owned by Bezos, acknowledged that security experts “have also questioned the forensics report upon which UN officials are basing their conclusions.”

On Friday, the cracks in the “hack” claim story grew even wider.

In an exclusive article, the Wall Street Journal revealed that evidence from federal prosecutors in Manhattan challenged another central piece of evidence in the FTI Consulting report: that texts from the Crown Prince’s phone to Bezos revealed “private information that was not well known at the time.”

The FTI Consulting report included a photograph of a woman who it claimed resembled Lauren Sanchez, the woman with who Bezos was then having a secret affair. According to FTI Consulting, this photograph was sent from Crown Prince Mohammed bin Salman’s phone to Bezos shortly after his phone was allegedly hacked – interpreted as evidence that the Crown Prince had hacked the phone, accessed Bezos’ private information, and sent the photograph to him to suggest he knew about the affair.

Bezos’ affair was later exposed by the National Enquirer, prompting his security chief Gavin de Becker to write an article accusing the Enquirer of obtaining the information via illicit means – which he linked to the alleged Saudi hack of Bezos’ phones.

But according to the WSJ, federal prosecutors in Manhattan have evidence which suggests Bezos’ girlfriend gave text messages to her brother – as the National Enquirer claims.

“The evidence gathered by federal prosecutors includes a May 10, 2018, text message sent from the phone of Lauren Sanchez, Mr. Bezos’ girlfriend, to her brother Michael Sanchez containing a flirtatious message from the Amazon chief,” the WSJ cited “people familiar with the matter” as saying.

“The text messages reviewed by the Journal, as well as a $200,000 payment Mr. Sanchez received from the Enquirer under an October 2018 contract the Journal also reviewed, supports American Media’s earlier statements that he was the source for the National Enquirer’s article,” it added.

While the information that Michael Sanchez gave the photographs to the Enquirer does not rule out the allegations that Bezos’ phone was hacked – security chief De Becker claimed that the Enquirer sought out Sanchez after acquiring the information from elsewhere – it has prompted questions over the coverage of the entire affair.

“The Bezos report, compiled under Mr. de Becker by the digital security firm FTI Consulting, was so juicy that it overwhelmed traditional journalistic skepticism at some news outlets,” wrote the New York Times.

Others said that Bezos had used his influence to give the story coverage despite the lack of evidence.

“Jeff Bezos, one of the world’s most powerful and richest men, is levelling severe allegations against the Saudis, and once again, he has nothing to show for them,” wrote Jordan Schachtel in The Federalist. 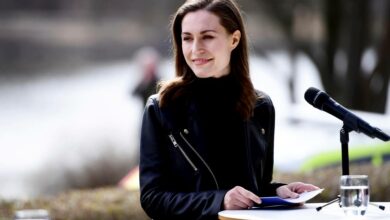