Four men found guilty of gang raping a woman in India in a 2012 case which captured the nation will be executed on March 3, according to a local source via Twitter.

The ruling comes eight years after 23-year-old female Jyoti Singh was beaten, gang raped, and tortured on a bus in south Delhi by a group of men, resulting in her death 11 days later. Singh’s case sparked international coverage and condemnation and she became known as “Nirbhaya,” meaning fearless.

“Finally, a decision has been taken and I am satisfied with the newly issued warrants. There’s light at the end of the tunnel and I haven’t lost hope. I am sure, they will be hanged,” Singh’s mother Asha Devi told Indian media.

The court has issued a fresh date for execution of death warrant against all the four convicts.

The convicts shall now be executed on March 3, 6 am.#Nirbhaya #NirbhayaCase

The four men sentenced to death were previously set to be executed on January 22 after a long legal battle. This date was pushed back to February 6 pending their appeals, which they lost, but were granted a week’s time to use all the remaining legal remedies available to them. 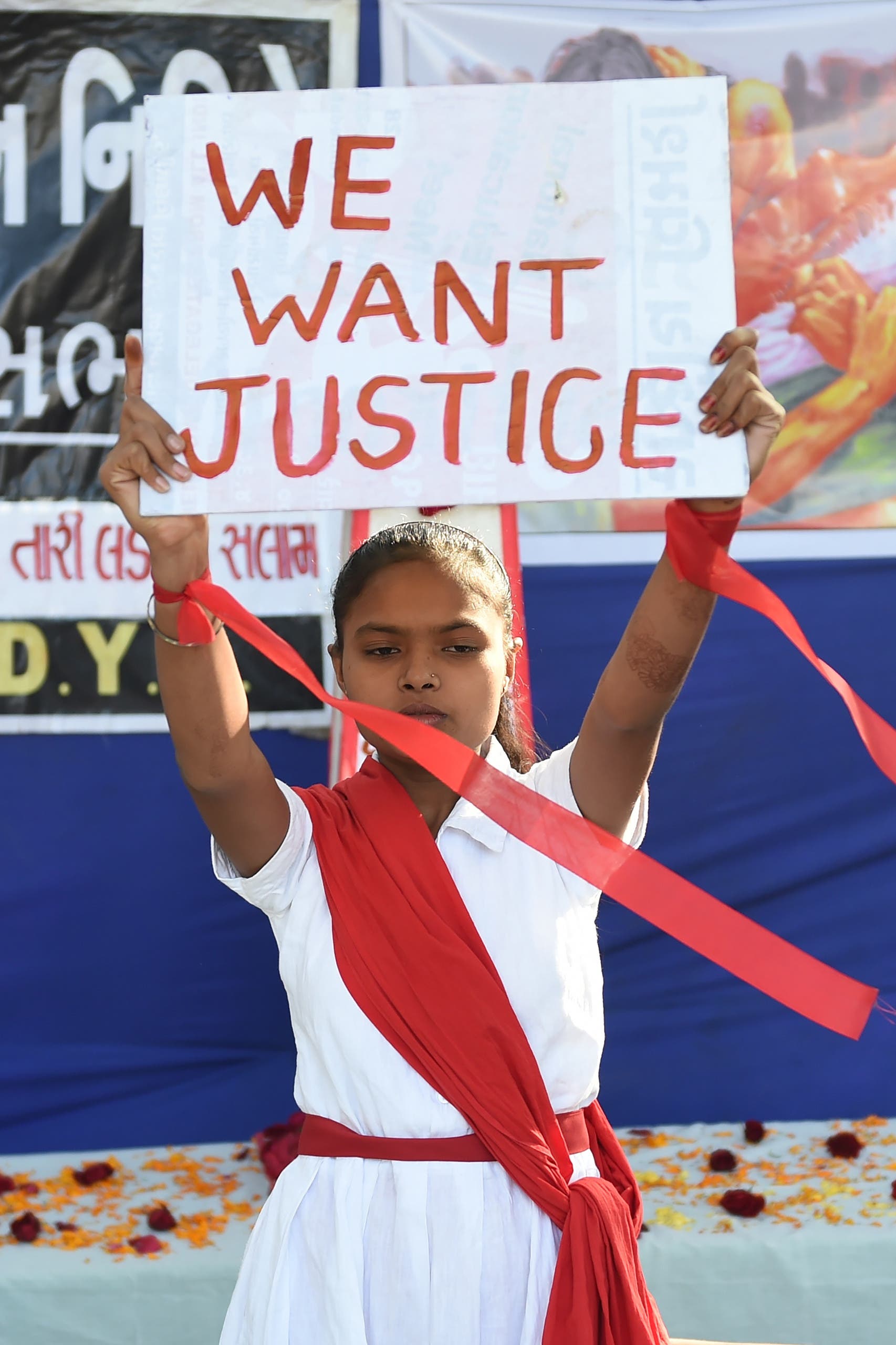 A young student holds a placard during ‘Nirbhaya Day’ to mark the anniversary of the brutal rape case of a 23-year-old physiotherapy student on a bus in New Delhi in 2012, on December 16, 2019.

Alongside the four convicted men, two others were accused of carrying out the crime. Ram Singh died in police custody in 2013 under disputed circumstances, while a sixth juvenile was given the maximum sentence of three years’ imprisonment in a reform facility after being found guilty of rape and murder.

The incident has sparked debate in India and abroad over women’s rights, “rape culture,” and the justice system. Protests broke out in major cities across Indian following Singh’s death, and anti-rape campaigners since campaigned to change India’s legal and social systems through marches and organizations including the Nirbhaya Trust, set up by Singh’s family to help women who have experienced violence. How Beirut firefighters were sent into disaster