India has opened up free vaccinations to all adults in an attempt to bolster its inoculation drive, as Prime Minister Narendra Modi kicks off a muted International Yoga Day, hailing the practice’s “protective” properties against the virus.

The country’s vaccination drive has significantly slowed in recent months due to a shortage of jabs and hesitancy, even as it battled a vicious surge in cases in April and May that overwhelmed the healthcare system in many places.

Case numbers have since fallen sharply, with the country on Monday reporting 53,256 new COVID-19 infections and and 1,422 deaths over the past 24 hours, a government statement showed.

The decline in cases has enabled the authorities to relax many restrictions once again, sparking fears of another wave among health experts.

The government had expanded the vaccine rollout to include all adults under 45 on May 1, but states and private hospitals had to procure the shots themselves for the younger age group, leading to confusion and shortages.But New Delhi later changed tack, announcing it would procure 75 percent of vaccine supplies and distribute them to states so that they can inoculate people for free.

So far it has administered 275 million shots, with less than 5 percent of people fully vaccinated.

The government aims to inoculate all of India’s nearly 1.1 billion adults by the end of the year.

“However, both existing inequities, as well as hesitancy, merit deeper attention to make this a success.”

The free rollout came as Modi marked annual International Yoga Day with an early-morning address to the nation as it emerges from the surge, saying that the practice had again proved itself to be a source of “inner strength”. 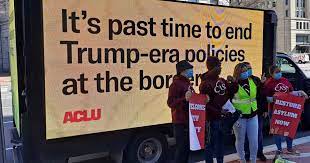