The United States under new President Joe Biden needs to adopt a more realistic attitude towards the Iranian-backed Hezbollah to help break the political and economic impasse in Lebanon, a French presidential official said on Tuesday.

French President Emmanuel Macron has been spearheading international efforts to rescue Lebanon, once a French protectorate, from its deepest crisis since its 1975-1990 Civil War.

He has travelled twice to Lebanon since a huge explosion at the Beirut port in August devastated swathes of the capital, but no progress has been made to form a credible interim government.

While former US president Donald Trump’s administration backed Macron’s initiative, it opposed efforts to include the heavily armed Hezbollah that wields enormous power in Lebanon and which Washington brands a terrorist group.

“There is urgency in Lebanon and we think that there are priorities that we (France and the United States) can pursue together,” the French official told reporters, speaking on condition of anonymity, saying Macron’s first priority was putting together a viable Lebanese government.

“We don’t expect a change in American attitude towards Hezbollah, but more American realism on what is possible or not given the circumstances in Lebanon,” he said, without elaborating on what Paris wanted Washington to do.

It remains unclear how Biden’s administration might tackle Lebanon. The 2015 US Hezbollah International Financing Prevention Act (HIFPA), which aimed to sever the group’s global funding networks, was imposed during President Barack Obama’s administration, in which Biden was vice president.

The French presidency official said there were no immediate plans to reschedule a trip by Macron to Lebanon after he put off a visit in December when he contracted COVID-19. Miners rescued after being trapped underground in east Ukraine: Separatists 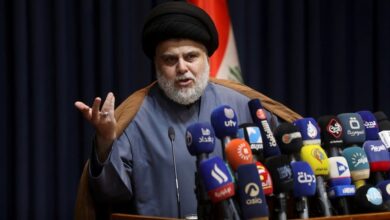