Foxconn Technology Group’s plant in central China, its biggest assembler of iPhones for Apple Inc., continues to operate amid a government COVID-19 lockdown of the area, in line with authorities concession to allow key employees to carry on working.

Officials locked down the Zhengzhou Airport Economy Zone that hosts Foxconn’s iPhone City campus on Thursday for an indefinite period, according to a government notice viewed by Bloomberg News.

Residents are not allowed to leave their homes unless it is considered necessary during the lockdown, the notice said, but workers for key businesses can commute with permits.

The lockdown is part of the government’s relentless campaign to eliminate Covid cases around the country.

“The Zhengzhou campus is still operating normally and the site continues to comply with the government measures to curb the spread of the virus,” Foxconn said in a statement on Sunday.

The Zhengzhou airport zone did not immediately respond to requests for comment outside of regular business hours.

Passenger and cargo flights to and from the central Chinese city are operating normally, the Zhengzhou airport said in an announcement on its official WeChat account on Saturday.

Foxconn relies on the airport to ship iPhones internationally.

Apple suppliers in China have been affected to varying degrees by China’s pursuit of its COVID-19 Zero policy and the impact has remained limited, given it is traditionally low season and demand for consumer electronics is in a trough.

Foxconn’s smaller rival Pegatron Corp. suspended operations at its iPhone plants in Shanghai and Kunshan. Apple laptop maker Quanta Computer Inc. only recently resumed some production after halting work for a few days in Shanghai. In mid-April, Zhengzhou locked down areas near Foxconn’s iPhone City campus, though the move did not affect the plant.

China continues to struggle with the spread of the virus despite the implementation of stringent measures. Shanghai recorded its highest number of daily COVID-19 deaths in the current outbreak, with figures announced for Saturday.

Beijing also warned of more cases in the days ahead after adding 15 new infections as of 4 p.m. Saturday in the Chinese capital. 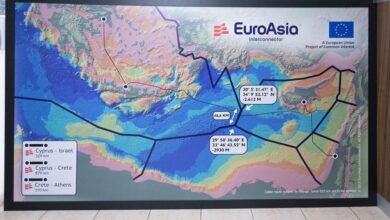