As the Russian invasion of Ukraine enters its fourth day, below is a roundup of some of the major international stories you might have missed:

North Korea launched a ballistic missile into the sea on Sunday, Japan said, in a resumption of weapons tests that came as the world is focused on Russia’s invasion of Ukraine.

No damage to vessels or aircraft has been reported, he said.

“If North Korea deliberately carried out the missile launch while the international community is distracted by the Russian invasion of Ukraine, such an act is absolutely unforgivable,” he told reporters.

South Korean officials said they detected the launch from the North’s capital area and expressed “deep concerns and grave regret” over it.

A key border crossing between Pakistan and Afghanistan has reopened, days after fighting between security forces killed at least three people.

Since the Taliban returned to power last year, border tensions between the neighbours have risen, with Pakistan alleging armed groups were planning attacks from Afghan soil.

The Taliban denies harbouring Pakistani rebel fighters. It is also infuriated by a fence Islamabad is erecting along their 2,700km (1,600 miles) long border, drawn up in colonial times and known as the Durand Line.

One person was killed and two were critically wounded after 14 people were shot during a party at a Las Vegas shisha cafe on Saturday.

Preliminary information indicated there was a party during which two people got into an altercation and exchanged gunfire, said police Captain Dori Koren.

Koren told reporters no arrests had been made and no suspect descriptions were immediately available.

Australia’s cricket team has arrived in Pakistan on its first tour of the country in nearly a quarter of a century – and into a security bubble that will envelop them throughout their six-week stay.

Australia pulled out of a tour five years ago after a suicide blast at a Lahore church.

They last played in Pakistan in 1998, winning a three-Test series 1-0 and blanking the hosts in the three one-day internationals. 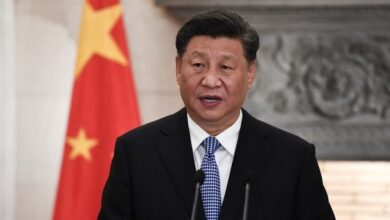 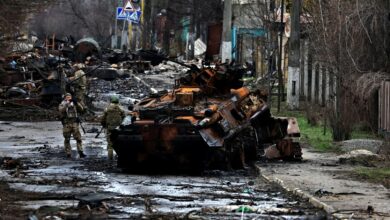 Putin’s aide warns US against pressing for war crimes court