Tunisia’s powerful UGTT labor union on Friday called for four proposed new cabinet ministers to stand aside as a step towards resolving a political crisis.

But President Kais Saied rejected the reshuffle, saying four of the appointments were believed to have conflicts of interest. 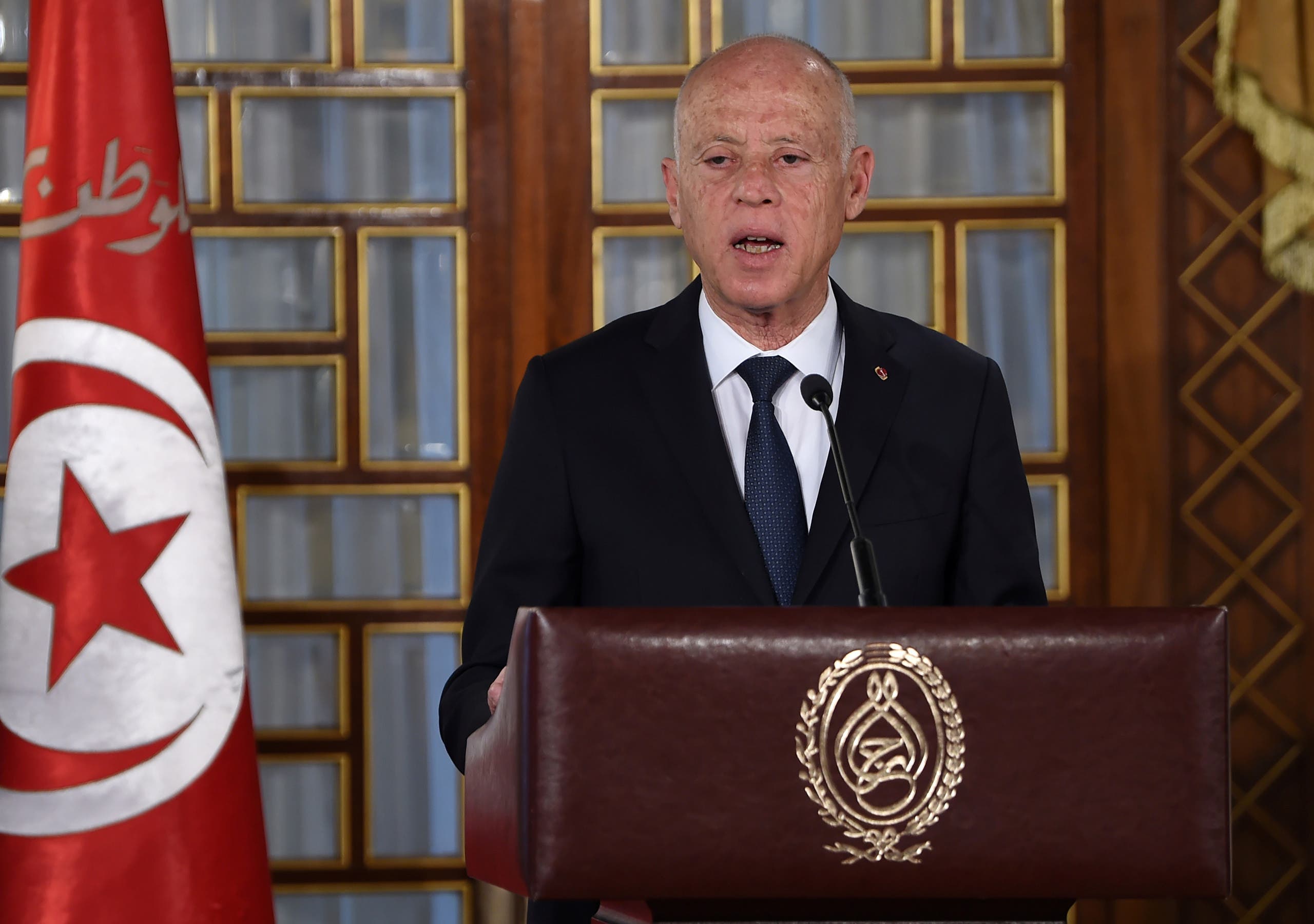 Tunisia’s President Kais Saied gives a speech at the government’s swearing-in ceremony at the Carthage Palace outside the capital Tunis, Tunisia, on February 27, 2020. (Reuters)

The dispute is causing a political logjam as the government struggles to combat the coronavirus pandemic and its economic fallout. Protests have been going on for nearly three weeks over the political and social crisis.

“A concession must take place…I kindly ask the proposed ministers in dispute to give up their posts for the state interest,” said Noureddine Taboubi, the head of the UGTT.

The proposed ministers rejected by the president are the health, energy, employment and sports ministers.

Saied, who appointed Mechichi last year but has taken issue with some of his moves, on Monday condemned the absence of women among the new ministers and said he would not swear in any ministers suspected of corruption.

Protests flared earlier this month on the 10th anniversary of Tunisia’s 2011 revolution that inspired that Arab Spring and introduced democracy in the North African country.

Political paralysis and economic decline have soured many Tunisians on the fruits of the uprising.

The deadlock since elections in 2019 has stymied efforts to address the festering economic problems, with both foreign lenders and UGTT demanding reforms.

Iran’s response will be ‘serious’ if US disrupts oil shipments to Venezuela: FM